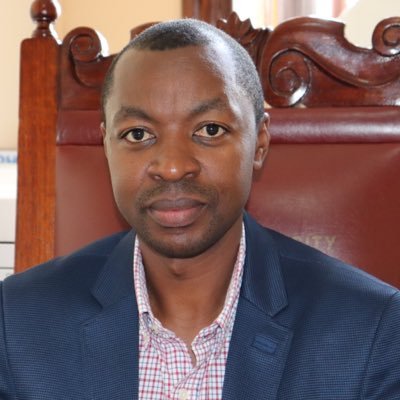 Gordon Murangira, the principal registrar at Makerere University, also the personal assistant to the Vice Chancellor Prof. Barnabas Nawangwe says he will fight with all his breath till NUP is outlawed from Makerere.

The Ntungamo district born academician says for all his life, he has never seen a party as radical as the National Unity Platform party.

“These Baganda people think they will dominate us in the country. They don’t know we have the power and money,” Murangira intimates. “I have spent my occupational years in Buganda but I’ve never liked a thing about them. This whole NUP thing is a replica of Kabaka Yekka. I don’t want that rubbish in Makerere,” he added.

Gordon Murangira is amongst the top most corrupt Makerere University administrators that survived the state house anti-corruption probe led by then Lt. Col. Edith Nakalema. Murangira is also a prime suspect in the September 2020 Makerere inferno that razed down the iconic main building dubbed Ivory Tower. He is heavily state leaning and has been pinned in using security apparatus to intimidate and harass opposition leaning students. In October 2019, Gordon Murangira conspired with a one Musa, a GISO in Makerere to abduct Siperia Mollie, a student of psychology who fled to exile in Kenya where she is studying in University of Nairobi. Murangira routinely draws pistols at students he disagrees with on political grounds. He is said to be a sworn critic of Bobi Wine. He harbours tribalistic tendencies and is always said to be making hateful comments about the Baganda despite the fact that he holds a public office in a public institution.