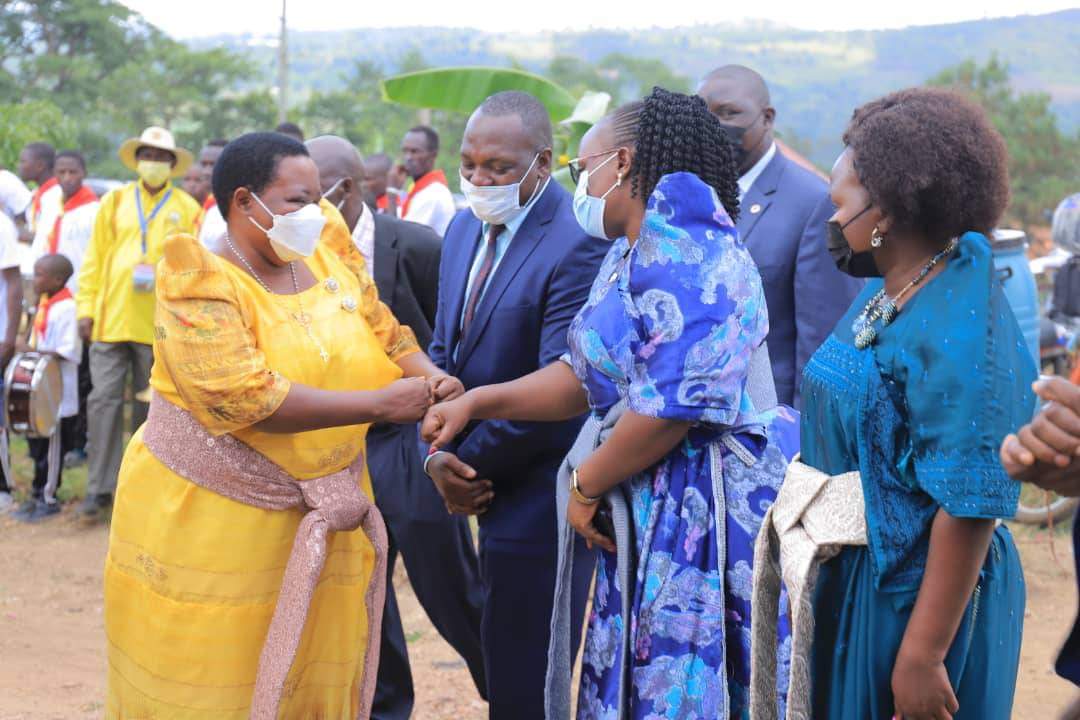 The prime minister Rt. Hon. Robinah Nabbanja has urged supporters of the National Unity Platform party to recognize and appluad the democracy levels exhibited by the ruling NRM government.

Speaking to a congregation in Mityana at Kyazanga Catholic church on Sunday during a fundraiser, Nabbanja who was the guest of honour based on the pulpit to weigh in on the recent Court verdict that upheld the victory of NUP’s Joyce Bagala as the duly elected woman member of parliament for Mityana district.

“You see these people in NUP must appreciate Museveni and NRM for respecting democracy. Where in the world can an opposition politician defeat a minister? Don’t you think we have to appreciate our NRM democracy?,” she said adding, “If we were not democratic, the judges in our courts would not have allowed your MP (Bagala) to defeat a Minister (Nabakooba).”

Upon finishing her speech, Nabbanja donated UGX 10m to support the construction of the church while Minister Judith Nabakooba who was present also donated UGX 2m.

Over 120million shillings was realized in cash an pledges during the fundraising drive that was attended by a cross section of MPs, Local, Religious and opinion leaders.

The Prime Minister proceeded to some other function in Mityana where she announced an immediate halt on the Parish Development Model in Mityana district, ordering a probe into the officials handling the government program. Nabbanja says her ban in inspired by the gross mismanagement of resources and finances exhibited by those in charge of PDM in Mityana district.