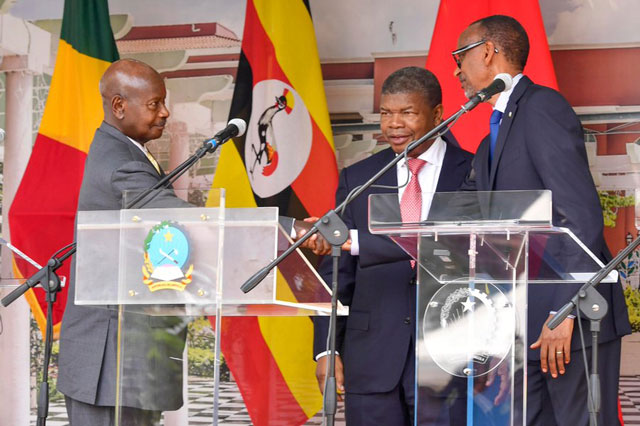 The Rwandan President H.E Paul Kagame on Sunday responded to the BBC journalist who questioned him about state of human rights and democracy in Rwanda.

Kagme said the foreigners with their news agencies like BCC need to get the facts right before pointing any figures to Rwanda or any other African state concerning the state of human rights and democracy.

Kagame who recently hosted the #CHOGM2022 in Kigali said that it is actually the foreigners who have for long been behind the destabilization of peace and democracy in Africa by fueling crisises that have led to the millions of deaths of Africans.

President Kagame cited the example of how the United Nations kept a blind eye when a genocide was taking place in Rwanda in the mid 90s that led to the death of over a million people.

According to Kagame, the UN security council meeting that was held only concluded that it was mere civil war between Rwandeese and thus there was no need to intervene in the matter.

Mr Kagame also took time to tell the journalist and listeners about how the same foreigners mistreated Africans like King Leopold II of Belgium who dehumanized Congolese to the lowest point possible robbing the mineral rich country of its resources and nothing was done about it .

Mr Kagame who said that the same foreigners love playing the good corp bad corp policy to hoodwink the world that they do care alot. Kagame said he was told by the same foreigners to release some of the criminals who were behind the injustices during the Genocide yet such criminals deserved to serve their terms in prison.

Kagame said that it’s high time the foreigners left issues of Africans to Africans because they are more of destabilizers than peace keepers as they want many to think.