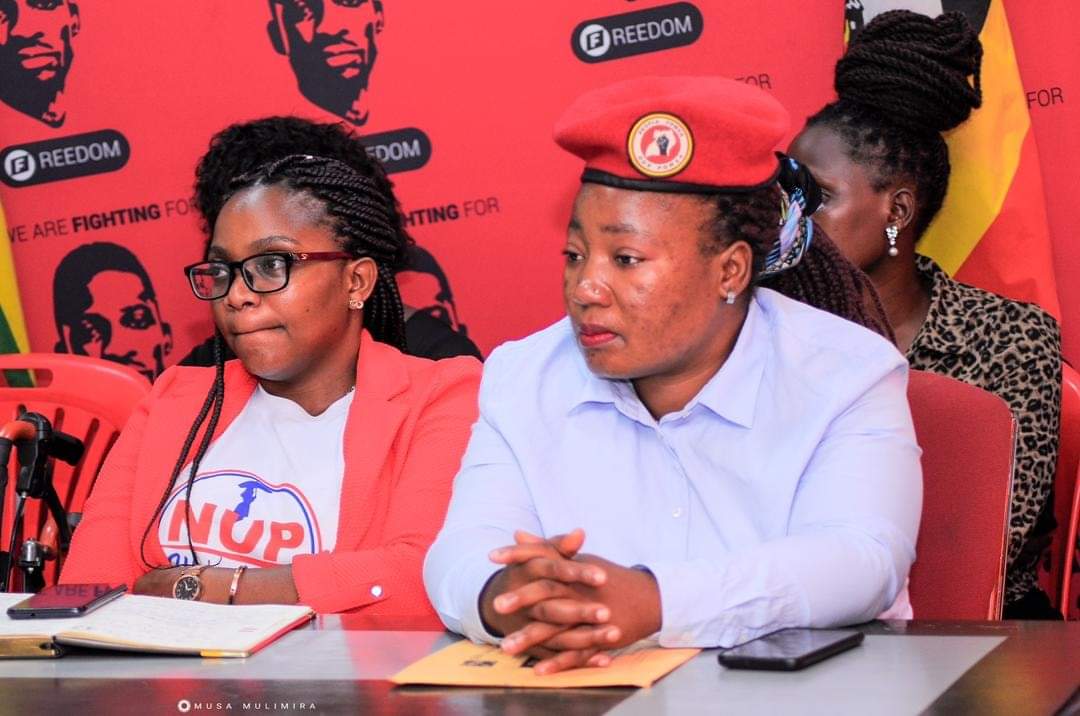 A section of political prisoners who are supporters of the National Unity Platform party have recounted their terror ordeal after spending nearly 15 months in custody of the Chieftaincy of Military Intelligence in Mbuya.

In a presser held Monday at the NUP party head offices in Kamwokya, the released NUP supporters armed with their military court martial bail forms flanked the pulpit and narrated their untold terror ordeal that left the entire audience in total shock with the inhumane actions that ensue behind the walls of these ungazetted detention facilities.

“I was picked from my place of work for nothing but being a sworn supporter of NUP. I was blindfolded and bundled into a drone and driven to Mbuya military barracks where I’ve been detained,” revealed one man who flashed scars showing his wounds. “I contracted Tuberculosis and other chronic infections. I was their punching bag. Whenever a soldier would enter the facility, he would ask who is Prince. When I’d identify myself, the beating spree would ensue. They beat me up on a daily and immersed me in very cold water tanks such that their whips would drag off my skin,” he narrated.

Another NUP mobilizer who survived the CMI cells says he was grilled and quizzed to explain Bobi’s next course of action or else have his throat slit with a military bayonet. “Tell me what is Bobi Wine planning? What is his plan B?,” recounts the torture victim. “When I told them I don’t anything because I have never come into contact with Bobi Wine. One angry CMI officer came with a fire lighter and burnt my left eye,” he added with tears rolling down his cheeks.

The CMI has been implicated as the lead unit of terror for the previous 2021 polls. The head of CMI Maj. Gen. Abel Kandiho was this year prematurely sacked after western donor nations responded with sanctions following an online outroar by Ugandans who protested the persistent funding of the Ugandan regime.

NUP Deputy Spokesperson Alex Waiswa Mufumbiro faulted the military for playing partisan and being conduits of terror on the youths yet actual criminals are left to freely lounge as they qish.

“Armed robbers are not charged in court martials but sadly NUP supporters are subjected to tha,” he commented.