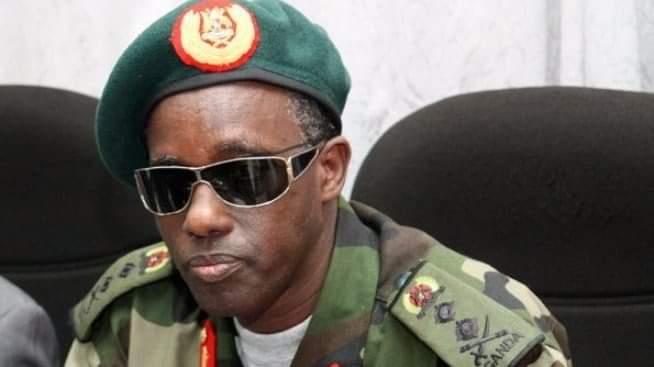 Bush war historical also former Minister for Security Gen. Elly Tumwiine is reportedly in hiding after police issued his arrest warrant over the obstruction of a court order. The renowned bush war general is apparently embroiled in a land conflict with a local in Kazo district.

SEE ALSO: Gen. Tumwiine to NUP: We shall destroy you

Sources say Gen. Tumwiine used his contacts and military influence to forcefully annex a piece of land belonging to an elderly woman.

The former UPDF representative to parliament seeks to venture into agriculture after realizing he is poised to lose most of his political possessions ranging from the Kampala based Nomo gallery and some high end residential home in Kololo, an upper scale city neighborhood.

Apparently, Tumwiine is battling with a court order that seeks to reclaim the ownership of the grabbed land to the elderly woman. But the defiant general is not showing any signs of vacating the space.

A DPC attached to Kazo police station intimates to this newspaper that Tumwiine is wanted for also assaulting and obstructing police officers on duty.

“Yes, we have registered a case of obstruction of court order and defiance of lawful orders,” he spoke on the matter. “We will execute the arrest warrant after making administrative consultations,” he added.

Ever since he lost his Parliamentary seat to Lt. Gen. Peter Elwelu, Gen. Elly Tumwiine has been living a covert lifestyle far away from the mainstream media. He is one of the top military chiefs on the international watch list over the gross indulgence in the 2021 electoral violence having been quoted in November 2020 stating that ‘police has a right to shoot and kill demonstrators.”