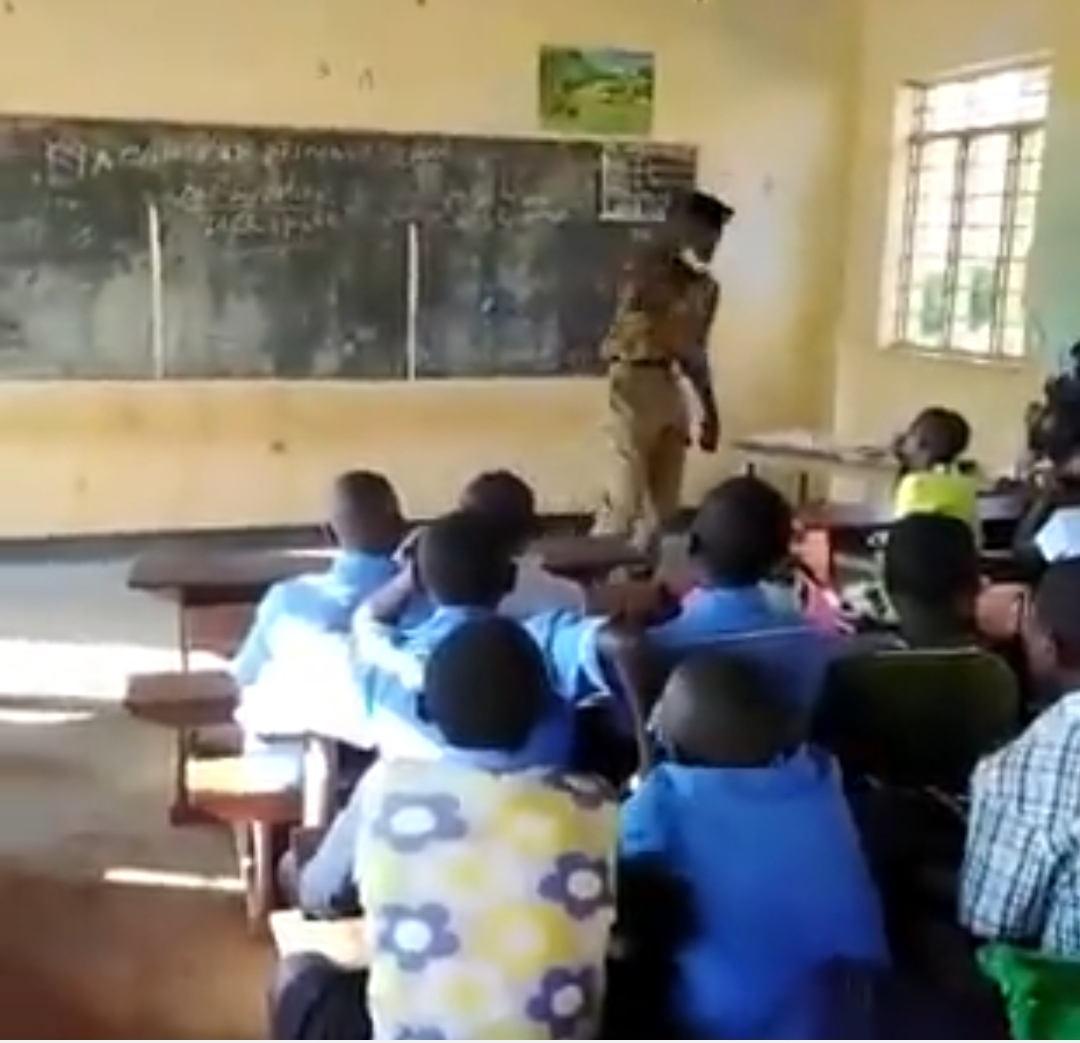 As the ongoing industrial action by the arts teachers continues to soldier on, the Uganda Police Force have decided to fill the vacuum abandoned by the dissatisfied teachers.

This is said to be one of the initiatives shared by the office of the Inspector General of Police, Martin Okoth Ochola who says some police officers are learned and can share their knowledge with the pupils as government and UNATU iron out their differences.

A video has emerged on social media showing a police officer donned in uniform interacting with learners inside a rural based school classroom.

Sources say this is one of the efforts government has come up with to end the impasse after realizing the teachers are more than determined to push on their industrial action to the last effort. In a Wednesday statement, the first lady also Education Minister Janet Kataaha Museveni said the striking teachers are simply unpatriotic.

“What Kind of people are they? Leaders go and tell your teachers that they have betrayed government and Ugandans through their industrial action. They were called to serve,” she stated.

A meeting held yesterday presided by the Vice President Rtd. Maj. Jessica Alupo did not also harbour any hopes to end the impasse after she reiterated government position that the increment will be considered the next financial year. The UNATU secretary Filbert Baguma says their industrial action will not cease till their cries are heard.

A recent report showed that 80% of the teachers are not contented with their profession citing poor pay and welfare as the primary factors behind this dissatisfaction.