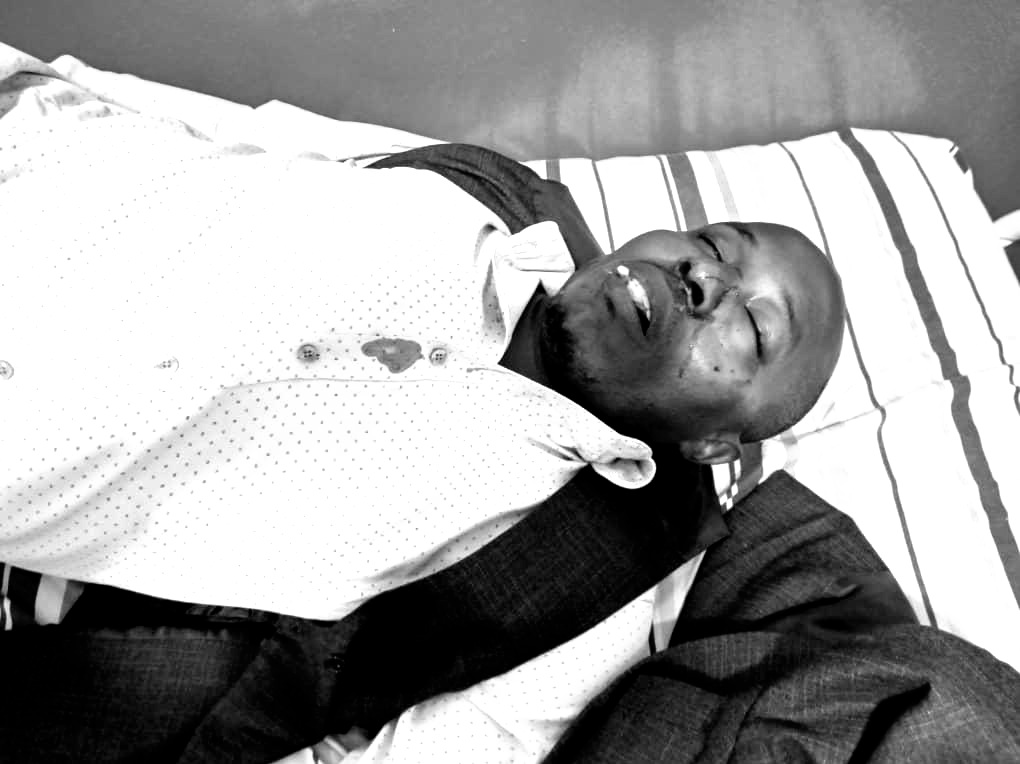 Last night at around 8:00pm, unknown people attacked Jeremiah Keeya Mwanje, an L.C.5 Councillor for Lubaga North 1 and a Member of the NUP Election Management Committee.

They waylaid him and beat him until he was unconscious. Thankfully, a good samaritan found him lying helplessly and rushed him to a nearby clinic for first aid.

What is intriguing is that the attackers only took his phone, but left him with the money he had on him, over 800,000. He thinks this was a premeditated attack, as opposed to an attack by thieves, because they would have taken the money.

The Party secretary general David Lewis Rubongoya checked on him this morning, and took him to a better health facility in Mengo hospital.