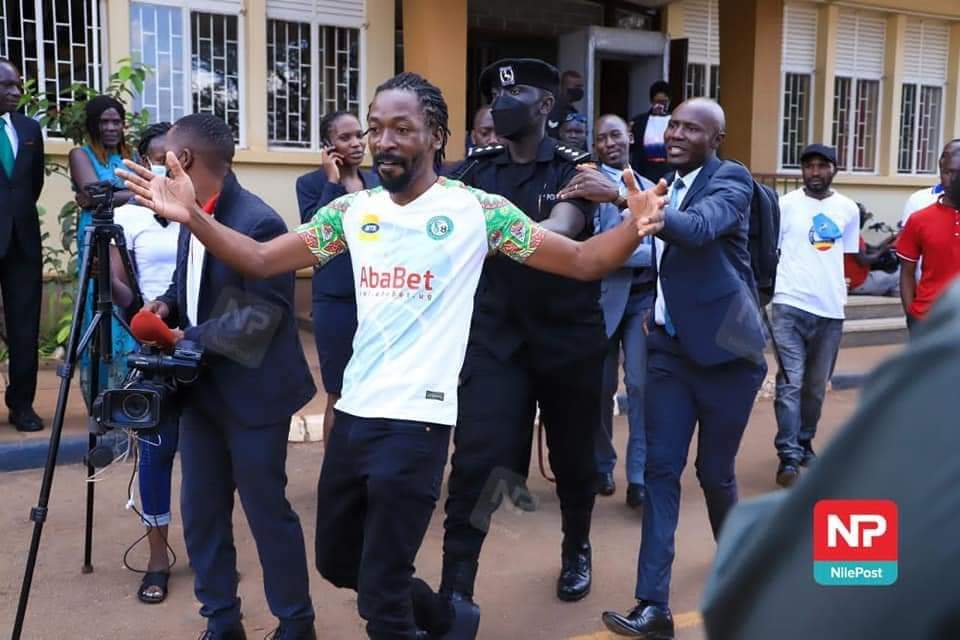 Celebrated human rights lawyer Isaac Ssemakadde of the Centre for legal aid law firm has explained what transpired earlier today at Buganda Road Magistrates Court where he had showed up to express his solidarity with the incarcerated People’s Front for Transition leader Rtd. Col. Dr. Kizza Besigye.

However, due to his public appearance that depicts him as a rastafarian, lawyer Ssemakadde encountered the worst-case scenario he has ever been through in his lawyering career. A ruthless high ranking Counter Terrorism unit police officer approached him and evicted him from the courtroom all the way to the gate, for reasons best known to him.

Ssemakadde however explains that the officer is a cadet freshly deployed to man the Buganda Road Court precincts.

“ASP KAMUZA is a newcomer. Fresh from cadet school, he was made in-charge Counter Terrorism Police at Buganda Road Court,” Ssemakadde explained on Facebook. “He loves his walkie-talkie and the sound of his voice, giving illegal orders to show importance. He flirts with impunity, victimizing court users at will,” he further adds.

Meanwhile, the two embattled PFT activists were today granted a UGX 2.5m cash bail and ordered not to publicly comment on the court case and refrain from being ‘habitual offenders.’ The presiding Chief Magistrate Dr. Douglas Singiza ordered Dr. Besigye and his co-accused Samuel Walter Lubega Mukaaku to routinely report to court whenever their case comes up for hearing.

In his statement moments after his release, Dr. Besigye rallied Ugandans not to fear prisons stating that government does not have space to jail all the disgruntled Ugandans.

“Let’s not fear prisons that they are threatening us with. You cannot tell people to tighten their belts when you are not opening yours,” Besigye said moments after his release. He proceeded to his Kasangati amidst tight security from armed anti-riot police.