KCCA to phase out Bodas from city streets 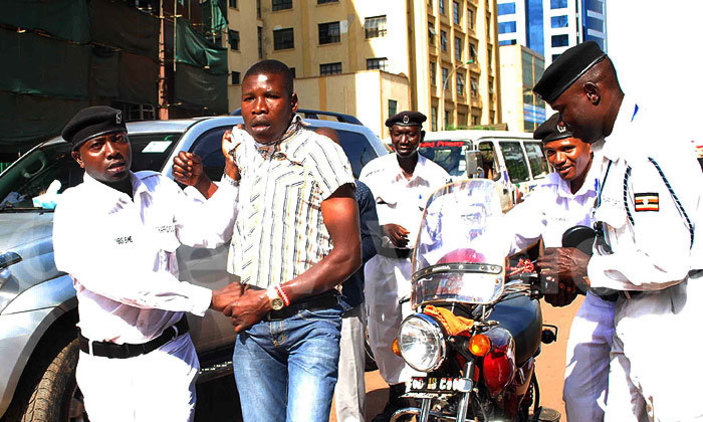 The Kampala Capital City Authority has kickstarted plans to evict all unregistered Boda Boda riders operating in the central business area of the capital. The KCCA leadership is to liaise with police and military to enforce the directive issued by the Minister for Kampala Christopher Kabuye Kyofatogabye who says Boda riders have to be streamlined for the smooth running of the city.

The registration is targeting at least 4,000 Boda Bodas which will be allowed to operate on the city roads while over 110,000 motorcycles will be impounded by the authorities.

By press time, Boda riders were seen queueing at various KCCA premises across all the 5 divisions of Kampala scrambling to be registered in a bid not to be caught off guard at the time the new directive is enforced.

Boda Bodas employ a huge section of youth in Uganda. Statistics show that at least 1 million youth are employed by the Boda Boda industry and therefore the KCCA directive is likely to render majority jobless.

“I am a university graduate with a Bachelors degree in social sciences from Makerere University,” Mukiibi Alphonse, a rider at Bakuli says. “If we are chased off the streets, I will not have a means of feeding my family. I have to pay rent and take my children to school. Government cannot do that for me,” he added.

Contacted for a comment on the matter, an assistant at the office of the Executive Director stated that the move to evict Boda is a presidential initiative to curb urban crime after intelligence tipped him that majority of the riders are unregistered and would turn out a menace in the deep of the night.

“They (Boda riders) have been terrorizing people in the night,” said the KCCA official. “We are simply fighting off criminality,” she added.