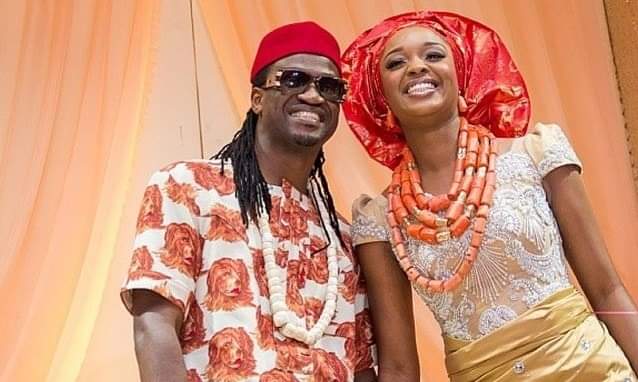 Renowned Nigerian singer, Paul Okoye of the now defunct Psquare group has been dragged to court by his estranged wife, Anita over infidelity.

According to reports making the rounds on social media, it was claimed that Paul allegedly had an affair with their housemaid, Florence

Photos of the court documents have trended on social media and Nigerians had different reactions to it Popular Nigerian singer, Paul Okoye’s estranged wife, Anita, is now dragging the music star to court.

The couple who have three kids together have parted ways and Anita is now taking legal action against the singer after leveling a series of allegations against him.

Reports have made the rounds on social media that Paul’s marriage ended due to infidelity and other reasons.

It was gathered that the singer has been having an affair with their housemaid, a lady named Florence.

Just recently, photos of court documents as well as leaked chats allegedly
showing the singer’s conversation with a number of ladies went viral on social media.

Going by the leaked court documents, it was claimed that Paul sent his wife and her sister out of the house after his affair with the maid was discovered.

It was also said that while sending them out, Paul bragged about it and claimed that it was to clip his wife’s wings.

It was also alleged that the singer showed little interest in disciplining their kids among other things. In the leaked Whatsapp chats, the singer allegedly chatted with different ladies to fix up rendezvous at hotels and even forgot his watch on what appeared to be a repeated time.

Internet users had a lot to say about the celebrity’s marriage.
Read some of their comments below: Gylliananthonette: “Women are untrained FBI from births….we were born detectives….
” Omo_toyosi: “It’s the again for me.” Pe.arlee: “I shouted Jesus what a life.” Thenameisdammie: “Na why he no like him twin brother wife…cos Lola got Peter on a lockdown man cannot misbehave.”
Onyebuchi3562: “This marriage thing is tiring.” Glassesrepublic_: “he even forgot watch.” Hoyeen225: “All these messages from A man that has a wife ? Okay. Shay I go marry like this.” Hmm.