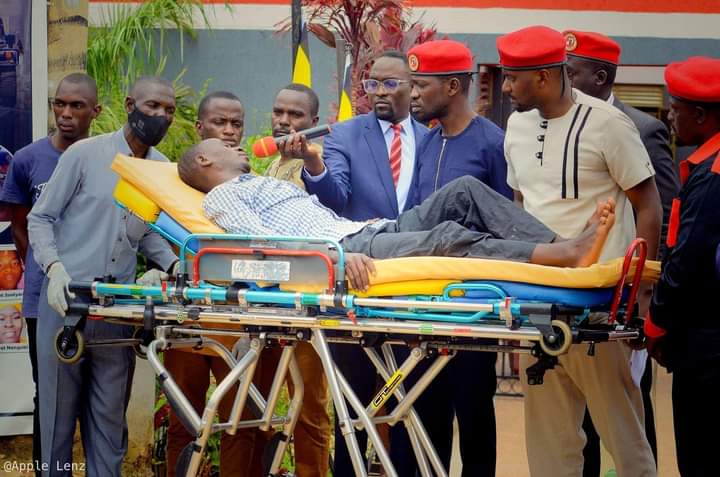 On Wednesday, a delegation of Human Rights officials paid a courtesy visit to Mr. Museveni at the country presidential lodge in Ntungamo district. Their visit was mainly about the need to compel the Museveni government to account for the atrocities of armed security officers and also pronounce itself on the matter of human rights.

The chief executive officer of the Human Rights Watch (HRW), Mr Kenneth Roth, said the engagement never harboured any fruits as anticipated. He says President Museveni told him in their meeting that they shouldn’t lecture him about human rights.

Mr. Museveni has in past statements justified the rights violations by accusing past colonial masters to have sowed the seed of brutality.

“It is true that some people were tortured. I have not confirmed on that one (Kakwenza), but I have confirmed some other cases, and I took it up,” Museveni said in a March 7 speech. “You see, part of the problems of Africa is capacity building, we are building armies and security forces. These sometimes come with traditional ideas from the village or they get imported ideas from the former colonialists. For instance, the Police Force which was here during the colonial times; they were using those methods,” he added.

Lately, Museveni has been accused with condoning rights violations by not apprehending the implicated culprits despite his public pledges to follow up on those pinned in the atrocious acts. His efforts to have all the November 2020 killings perpetrators did not materialize for more than a year since he vowed to have them apprehended.

Apparently, over 300 opposition National Unity Platform party supporters continue to be detained in gazetted and non-gazetted facilities. A recent Uganda Human Rights report issued by Mariam Wangadya contended that indeed, security forces are holding political prisoners and have maltreated them in these facilities.