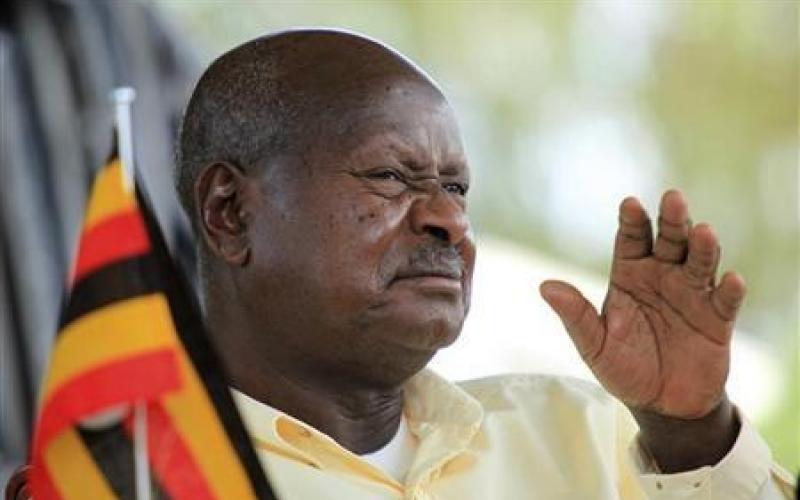 One wise man once said an impoverished population is a governable one and indeed this is what has manifested throughout Museveni’s 36 year reign in a land locked country that ranks amongst the world’s poorest at 127th.

Museveni’s latest joke to declare Uganda a middle income state was washed off by a World Bank report that explained how over 6 million homes could not even raise a dollar in a day. Our reporter digs through some of the Museveni impoverishment plans for the natives of different regions of Uganda.

In his disarmament program, Museveni recently told karamojongs to start doing other things and avoid cattle keeping. He even gifted them goats to start farming but some defiant recipients opted to sell off these government items. Who on earth doesn’t know that cattle keeping is a profitable venture.

In teso he advised locals to avoid cattle keeping and introduced them to citrus fruits that have no market.

In Acholi, Museveni is using his brother Salim Saleh to evict scores of people from their land. A case in point are the ongoing Apaa land conflicts. It is said this area is mineral rich which justifies why heavy deployments are the order of the day.

When he realized that basoga were reaping big from sugarcane he introduced the sugar bill which became an act. This sugar act destroyed sugarcane business in an instant. He gave his younger brother Gen. Salim Saleh the monopoly to purchase sugar from outgrower Busoga farmers. In fact, a lorry full of sugar goes for UGX 50,000 yet Saleh sells it at a higher price to the Indian investors.

When the Katikiro Charles Peter Mayiga called up on Baganda to grow coffee as a cash crop to eradicate poverty, Museveni introduced the coffee bill hiding behind the Vinci company and in addition he removed Uganda from the international coffee organisation which makes it easy for member countries to access the world market. Currently he is struggling to kick out all coffee exporters so that he becomes the sole coffee exporter under the Vinci Coffee company guised as a proprietorship of the infamous Italian investor Enrica Pinetti. This means coffee growers will lose the bargaining power and sell at whatever price Museveni’s company comes up with. This is the only president who is deliberately keeping people of his country poor through draconian policies.

Museveni: my overstay in power has saved Uganda