Lawyers, activists speak out on army ‘shoot to kill’ order 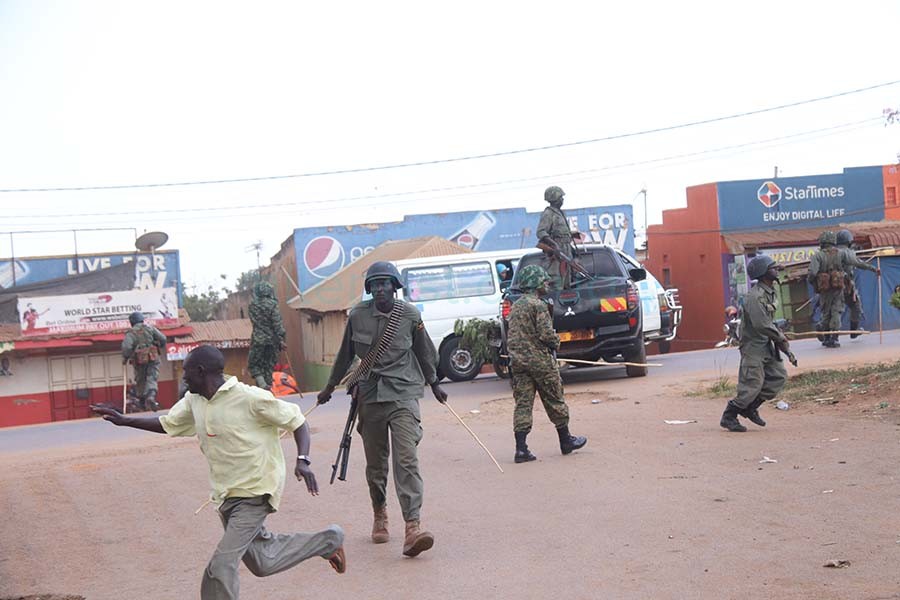 Lawyers and human rights defenders have condemned security forces for enforcing a newly instituted ‘shoot to kill’ order for suspected high profile criminals. The condemnation comes days after Lt. Col. Fred Mwesigye at a security meeting in Mukono, an epicenter of armed robberies, recommended shoot on sight for suspected criminals.

Indeed, a day after his recommendation, one person was injured after police in Mukono fired live bullets at a vehicle of a fish trader, and injured one of the occupants, who is a local mechanic. The Kampala Metropolitan Police Spokesperson Patrick Onyango justified the shooting stating that the trader declined to stop at a security check point.

Human Rights official Livingstone Ssewanyana has appealed to security forces to apply their own sense of judgment before implementing such orders.

“My prayer is that these officers use their common sense before shooting at suspects. You may shoot and kill the wrong person yet he is merely a suspect,” he said.

“We have already existing laws that must be exhausted. These extrajudicial killings are unlawful,” warned MP Fox Odoi who sits on the human rights committee of Parliament.

“Before implementing such unlawful orders, commanders must bear in mind that they will be marked as candidates of the ICC. Extrajudicial killings are a violation of human rights. We have avenues in the constitution that call for natural justice and a fair hearing of suspects. By shooting on sight, you will have breached that notion,” he warned.