Thousands turn up for Kabaka run 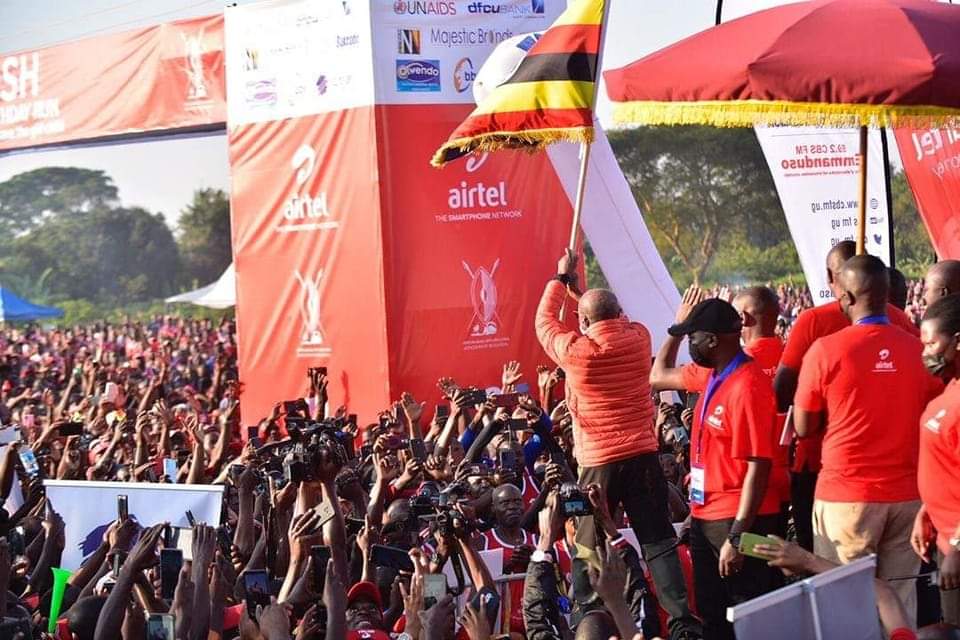 The Kabaka birthday run has this morning registered a massive turn up after thousands of Buganda subjects and Ugandans who cherish the kingdom showed up at the Mengo based palace to mark His Majesty the Kabaka Ronald Muwenda Mutebi II’s 67th birthday.

The run which was meant to happen in May was adjourned to July 2 after the Kabaka was away in Germany for a health trip, according to a statement issued by Mengo officials.

Prior to the run, the Kabaka who is the face of the fight against HIV met with the Oxfam international boss, also wife to opposition figure, Eng. Winnie Byanyima to grace the function. The annual run is a Kabaka initiative that seeks to create awareness about the deadly HIV disease that has affected lives of many Ugandans.

According to Oxfam boss Byanyima, their target is to have an HIV free world by 2030 and with the Kabaka as the face of the battle, she believes this target shall be realized.

This year’s Kabaka run has been a success compared to last year’s that was largely virtual as people were urged to run from their respective homes in light of the COVID-19 pandemic. However, this time round people were rallied to turn up in strict adherence to the covid precautions of the Health Ministry.

By 5am all junctions connecting to the palace had been sealed off by security personnel with public vehicles blocked from accessing the roads that lead to palace. Kabaka himself flagged off the run and the runners hit several major streets of Kampala to mark their beloved king’s 67th birthday.