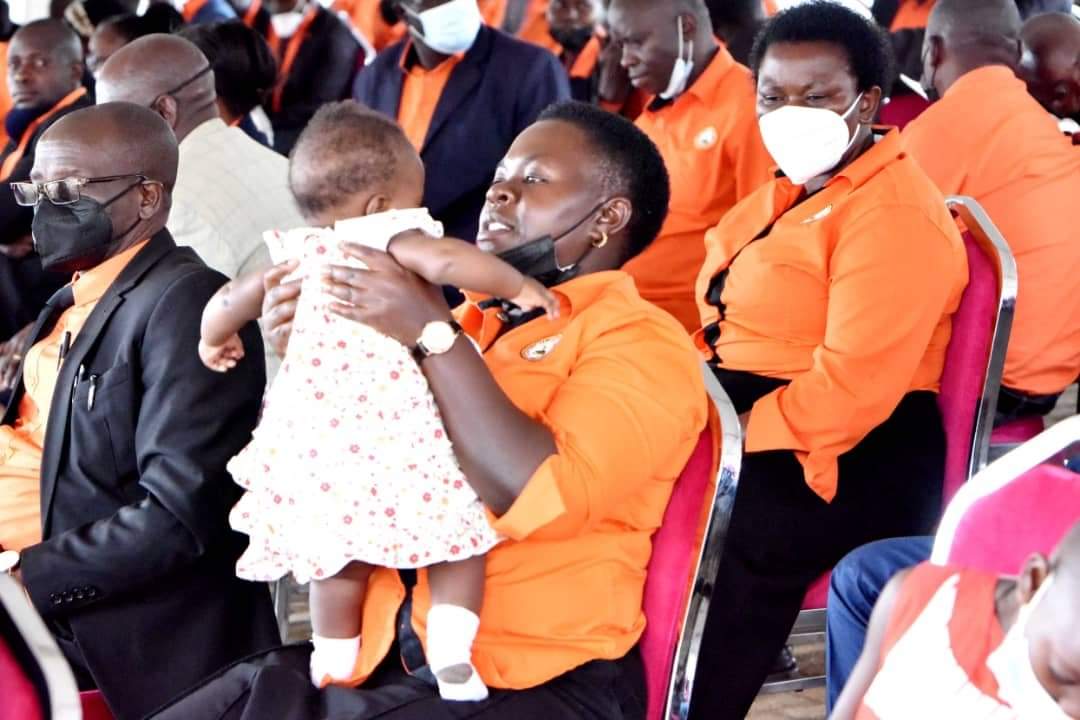 The meeting between President Museveni scheduled for today in which he is to meet members of Uganda National Teachers Union (Unatu) over the ongoing industrial action, which has now entered the fourth week has not yet started, this reporter has observed.

The meeting is supposed to ensue at Kololo Ceremonial Grounds where a delegation of teachers led by the the UNATU secretary Filbert Baguma is to have round table discussions with Museveni about their welfare enhancement. It comes moments after the Vice President Jessica Alupo engaged the enraged teachers to entice them to report back to work but all in vain.

The arts teachers say they will not relent in as far as advocating for their welfare is concerned. Some say the remarks attributed to the first lady have made matters worse.

“What sort of professionals are they? You have betrayed Ugandans. You are not in the teaching profession to make a living out of it. You have to set up other ventures like piggery and poultry. If you are recruited to teach, work on our terms. My husband sacrificed himself for this country but he’s not complaining yet he gets only UGX 3m. We are all poor but contented,” Janet Museveni, the Education Minister was quoted by Nile Post News on June 29.

As of now, the meeting which was supposed to start in the morning has not yet kicked off. Over 250 arts teachers have sat at Kololo independence grounds waiting for president Museveni who is not yet at the venue.