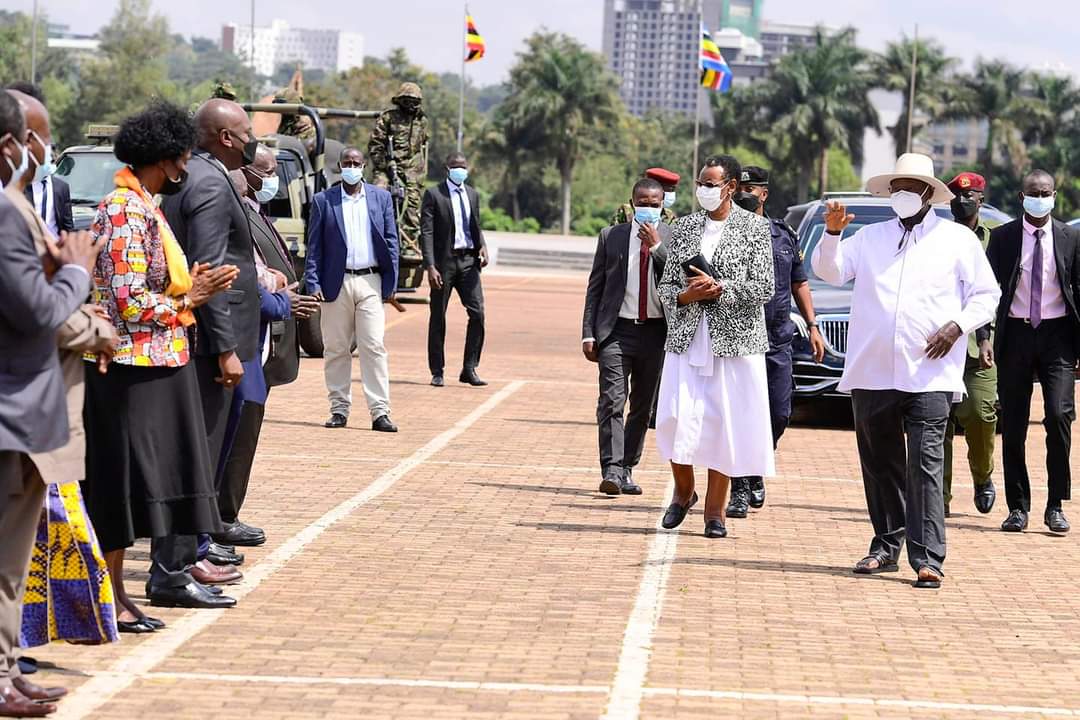 President Yoweri Kaguta Museveni and his wife also Education Minister Janet Kataaha Museveni have today met with the leaders of the Uganda National Teachers’ Union (UNATU) in their regional clusters at Kololo Ceremonial Grounds this afternoon.

During the meeting, Gen Museveni told the teachers’ leaders that while government acknowledges the issues raised by the Arts teachers, he is also aware of salary issues from other workers; the army, Police officers, etc who are equally important to the growth and development of this country.

The President said that as government, they have provided a position and pledged to competitively remunerate workers guided by a science-led strategy adding that this does not mean government has forgotten others, but only choosing to prioritise the few and others can come later so as one problem is finished at a time.

Gen Museveni added that as government, they have a strategy and no one should disrupt it because they are aware of the issues and are are committed to handling them.

He has thus advised the Arts teachers to go back to class and teach as no increment is going to be done at this period of time.

Arts teachers through the umbrella of the ANATU went on strike after their science counterparts hit a jackpot as government decided to increase their salaries by 300%.

ANATU is yet to release a statement following their meeting with the head of state.