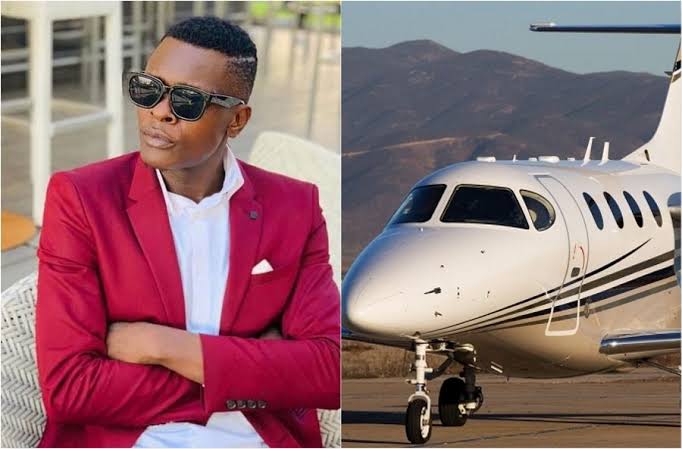 Veteran musician Joseph Mayanja largely known by his stage Dr. Jose Chameleone has revealed plans to buy a new private jet by closure of this year.

The “Nekolera Mmaali” Singer made the announcement on his social handles after Qatar airways cancelled it’s flight which had to fly him back home from Toronto Canada where he had his recent concluded show.

This is not first time Chameleone has bragged about rewarding himself with a jet. In 2021 while appearing on Bukedde TV, Dr. Chameleone boasted that he was about to be gifted with a Private Jet by one of his friends from Kenya.

If he achieves it this year,Chameleone will be the first Ugandan artiste to own a private jet.

Beside ranking among the most popular Musicians in East Africa, Chameleone also owns Villas both in Uganda and USA plus a fleet of cars.

He is also the Chief Executive officer of Leone Island Music Empire in Uganda and his net worth is estimated to be $6 million.

During his performance, he scoffed at however was bothered by his act of kneeling down when he was gifted with an Auto-biography Range Rover by president Museveni’s brother, Nuwagira Toyota.

“People are angry that I was given a car, but I am afraid, they’re going to visit their ancestors once I get other good things. A friend of mine in Kenya promised to give me a helicopter. Imagine what will happen on social media,” he Said.

The Leone Island boss added that the only thing remaining is getting clearance from officials at Kajjansi airstrip.

“I am in talks with authorities at Kajjansi airstrip and once we agree, I will get it.” Chameleon Noted

Before bragging of how he is to be gifted a private jet, he nearly knelt before Caroline Marcah live on TV set but she quickly stopped him from going down on his knees.