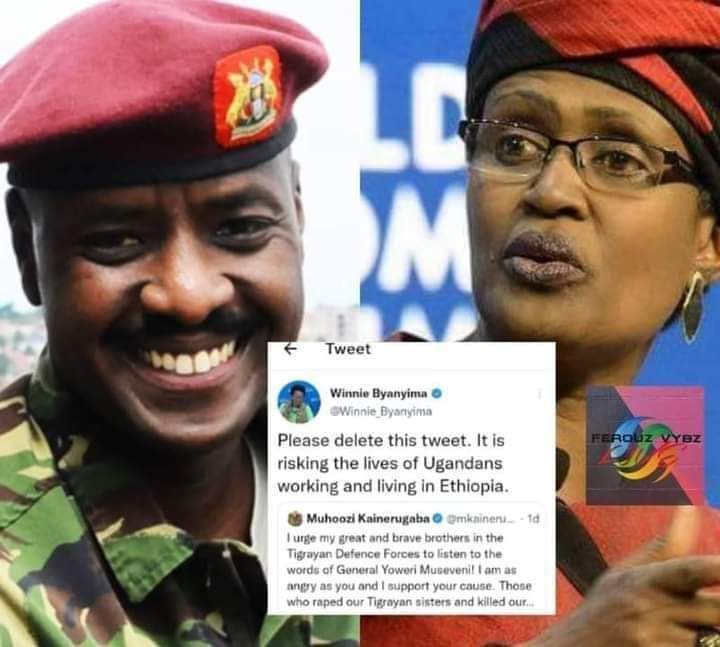 UPDF is stuck in controversy after the local Ethiopian press in reference to a tweet by the Commander of Ugandan Land Forces also first son Lt. Gen. Muhoozi Kainerugaba came to light. The said tweet published at the helm of the conflict between the Tigray Defence Forces and the Ethiopian army seems to insinuate that Uganda backs the secessionist region to chip off the Addis Ababa administration.

According to multiple press sources an alleged leaked intelligence report dubbed; First Forward xxx2xxx, has been in the Ethiopia media since May claiming that Uganda is training Tigray rebels in Karamoja Sub-region and also channeling funding to rebels through South Sudan.

The acclaim has since been dispelled by the UPDF spokesperson Brig. Gen. Felix Kulayigye who in a series of tweets explained,

“First of all Uganda does not border Ethiopia as the authors claims.
2. A one James Kabarebe has never been a Minister of Defence in Uganda.
3. Uganda’s Ambassaador to S. Sudan has NEVER met the alleged Gen Akol Koor. The two have never met, and dont know each other,” Kulayigye tweeted Monday.

SEE ALSO: What is in Ethiopia can’t happen here-Museveni

The troublesome Muhoozi tweet that placed UPDF in the middle of a diplomatic controversy reads, “I urge my great and brave brothers in the Tigrayan Defence Forces to listen to the words of General Yoweri Museveni. I am as angry as you and I support your cause. Those who raped our Tigrayan sisyers and killed our…,” the tweet read.

The Ethiopian Prime Minister Abbiy Ahmed paid a visit to Uganda to meet with Museveni days after Muhoozi made the tweets. Museveni deployed the Defence Minister Vincent Bamulangaki Ssempijja to visit Addis Ababa for talks with the country’s military chiefs and clear UPDF’s name in as far as meddling in the Tigrayan conflict is concerned.

Museveni has since restrained his son to stop making tweets about military intelligence reports. In a recent meeting at the Ntungamo presidential villa last weekend, Museveni rallied his son to desist from misusing his Twitter handle as this places the image of the army in disrepute.