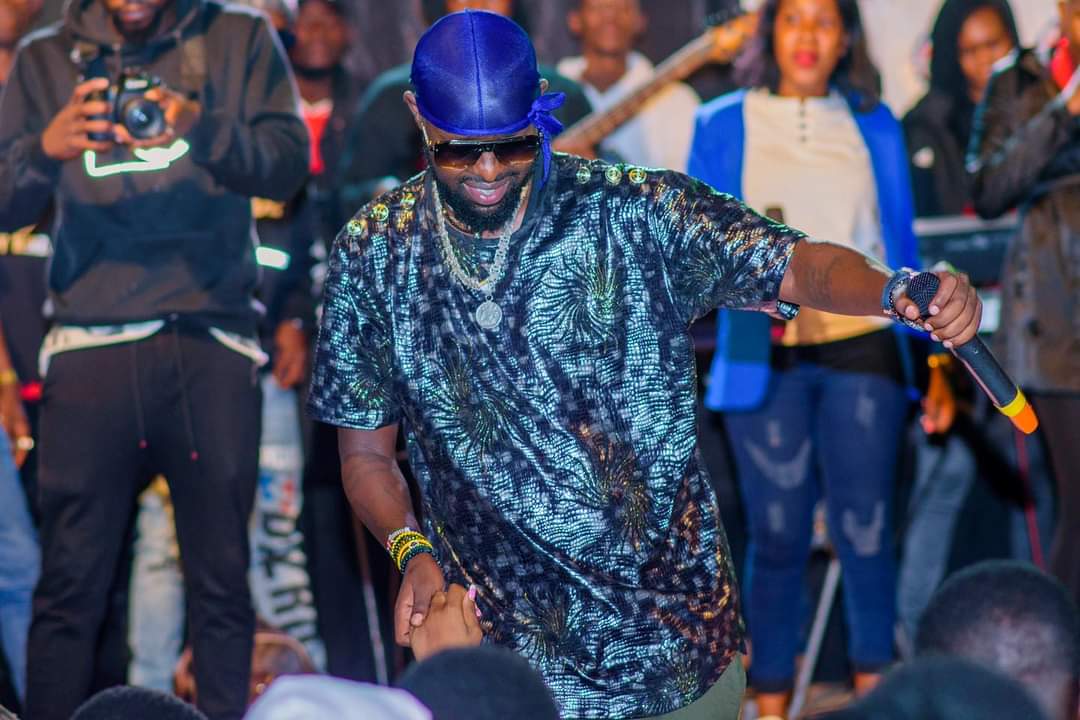 Musician Eddy Kenzo is again in the spotlight following his furious reaction on a cheering fan who poured a drink on him as he performed on stage.

Idirisa Musuuza largely known by his stage name Eddy Kenzo lost his temper and charged at one fan who braved through the crowds at a weekend concert and poured a drink on the musician to celebrate a hit song the BET Award winning star was performing.

However, an infuriated Kenzo paused the performance and angrily hurled the microphone straight at the face of the fan before he walked to the side of his stage security guards to take charge of the situation.

The video that captured the brawl is already making rounds on social media with many Kenzo supporters backing him for his actions while some are unhappy with the overreaction exhibited by the Masaka born artiste.

“Eddy Kenzo had to take it easy. Fans will always find a way of cheering you if they truly love you,” one social media used said.

Mugisha George says,”I would label this as “anger management” issues if the “fan” had verbally attacked Kenzo but not physically attack ed him. However, this is clearly a physical attack by the “fan” who is seen pouring an unknown liquid onto a Kenzo. I label the musician’s reaction as “self-defence”! If someone verbally attacks you, then you can ignore but if someone makes a physical attack/assault on you, physically defend yourself!! The only concern here is that the microphone could hit an innocent person.”

“These fans bakiyitiliza to be honest me I get scared 😳 around people I have bad anxiety 😥 eh omuntu akuyira acid mubyokusaga but also the headline doesn’t state that the fan assaulted kenzo wabula olemwa ,” wrote socialite Don Zella in support of Kenzo’s reaction.

In the recent days, revelers have been seen charging at NRM leaning musicians and artistes whom they accuse with siding with the repressive regime. Eddy Kenzo, once an outspoken regime critic detached from the People Power movement and officially crossed to the ruling NRM party, blaming Bobi Wine for failing to respond to his messages, in an audio that leaked and circulated on social media in 2020. Kenzo has since openly supported the NRM regime though he refrains from making public discussions on politics unlike Bebe Cool.