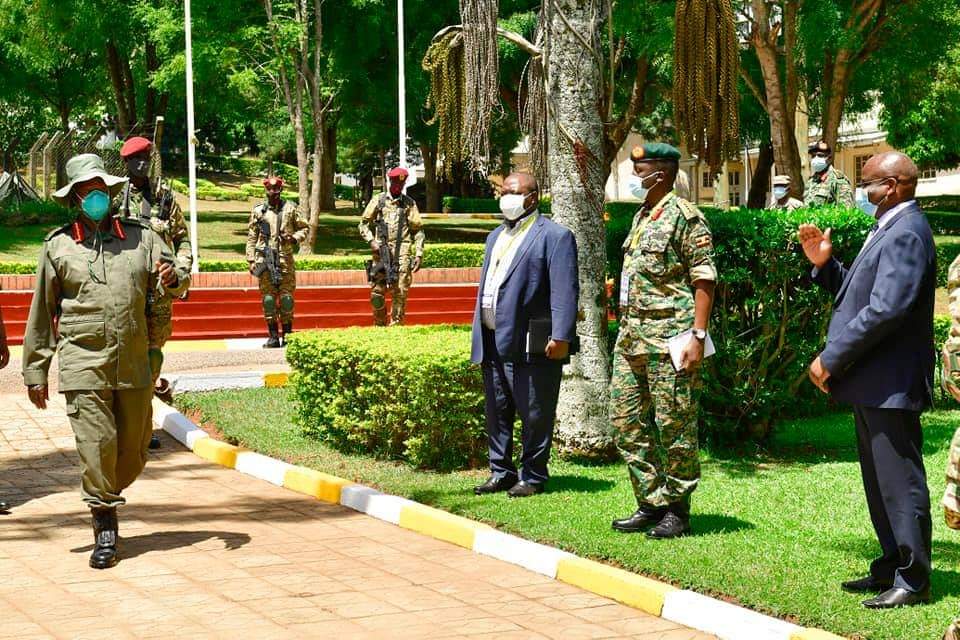 The Commander in Chief of all armed Ugandan forces Gen. Yoweri Kaguta Museveni Tibuhaburwa is to meet with the top brass leadership of the military today. This shall be one of the constant meetings in a space of days since he again met the CDF Gen. Wilson Mbadi and the DCDF Lt. Gen. Peter Elwelu in Ntungamo upon his return from Kigali for CHOGM.

Top on the army meeting according to credible military sources is the question of the persistent misconduct of the Commander of Land Forces also son to the president, Lt. Gen. Muhoozi Kainerugaba, whose tweets are gravely hurting the image of the military at international level.

Being a high ranking military officer, the tweets of Gen. Muhoozi Kainerugaba are quoted by international media and taken to be the position of the UPDF. Case in point was his tweet backing the Tigrayan People’s Defence Forces that was quoted by the Ethiopian press, which accused Kampala with backing the rebel forces and offering them training grounds in the desert Karamoja subregion.

Gen. Museveni is to meet the army leadership today to discuss how to go about this. Credible military sources intimate that Museveni issued a radio call message to all military units, calling on high profile soldiers to refrain from using social media to discuss international politics and the internal partisan politics.

Also on the agenda is Museveni’s prayer to have the least paid soldier earn UGX 1m. He commends soldiers for beng patient despite the poor pay saying they have not ‘demonstrated’ as other civil servants have been doing.

UPDF publicist Brig. Gen. Felix Kulayigye confirms the meeting but says the engagement with the CIC is mainly about soldiers welfare.

“Yes, we will have that meeting. Our least paid has been earning UGX 480k but the CIC wants it to be doubled to UGX 1m,” he said. “We will share the details with media soon,” he said without divulging deep into the agenda.