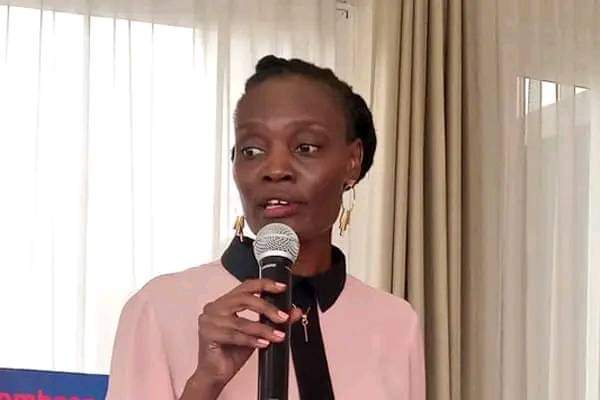 Uganda Airlines is in the spotlight after fresh details show the newly appointed Jenifer Bamuturaki scooped the opportunity before the expiry of the job application deadline.

Despite her tenure as acting CEO being marred with gross financial mismanagement, Bamuturaki was appointed full CEO yesterday by Mr Museveni through an appointment letter signed off by the Ministry of works and Transport.

Last year Minister Matia Kasaija revealed that Uganda Airlines is messed up and is facing corporate governance problems because the inaugural board of directors and managers lacked the experience to run an airline.

Jenipher Bamuturaki comes in the CEO office replacing a one Cornwell Muleya who was sacked in February 2022 and suspended in May 2022 over alleged corruption, embezzlement among other dirty dealings.

On June 24, 2022, the airline advertised the CEO position just three days after former CEO Cornwell Muleya was charged by the Inspectorate of Government for disobeying the Inspectorate’s orders when he was called for grilling over corruption.

Bamuturaki herself is said to have authorized over invoicing of the Airline by Abbavater an amount of USD $232,000 (invoice was inflated and approved by her to the tune of $404,000 when the actual costs were $172,000).