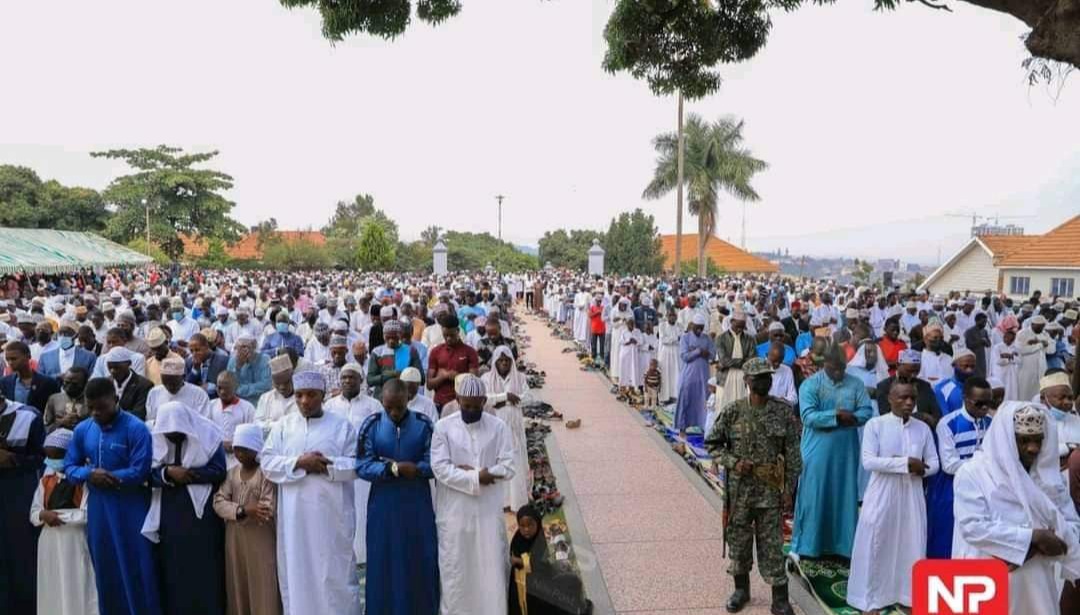 As Muslims gear up for the Idd Al Aduha celebrations, a photo depicting an armed Uganda People’s Defence Forces soldier has become a centre of debate on many social media platforms, with many castigating the security officer for carrying an AK-47 rifle with live rounds of ammunition inside a mosque. The photo is said to have been taken at Old Kampala mosque also known as the Gaddafi mosque where hordes of Muslim believers have convened for Idd Adha prayers.

Majority have taken to social media to roast the UPDF leadership for failing to respect the Islamic beliefs that do not allow a person wearing shoes inside a mosque.

“If you don’t know that it’s not museveni ordering this you dare have to wake up. These are muhoozi’s intimidation, all that is going on in Uganda it’s muhoozi’s ideas not museveni now I pity any person who thinks that muhoozi can run a country with his less intelligence,” Jamirah Powers, a Facebook user says. “At least let him take off his shoes. Even guards manning the Holy Mecca do not wear shoes,” said Kigongo Ayub.

The UPDF spokesperson Brig. Gen. Felix Kulayigye has not yet weighed in on the ongoing debate. But some sources close to military intelligence say their protocol warrants them to protect all places of worship since they are prone to terror attacks. They however say that security is improvised in strict adherence with the rules and regulations of the religious institutions.

“He would have disguised and taken off the combat if he knew he was being deployed inside a mosque,” a military official who asked not to be put on record reveals. “Even wearing shoes and carrying such a gun is unnecessary. He would have wore civilian attire and maybe held a light firearm like a pistol,” he advised.