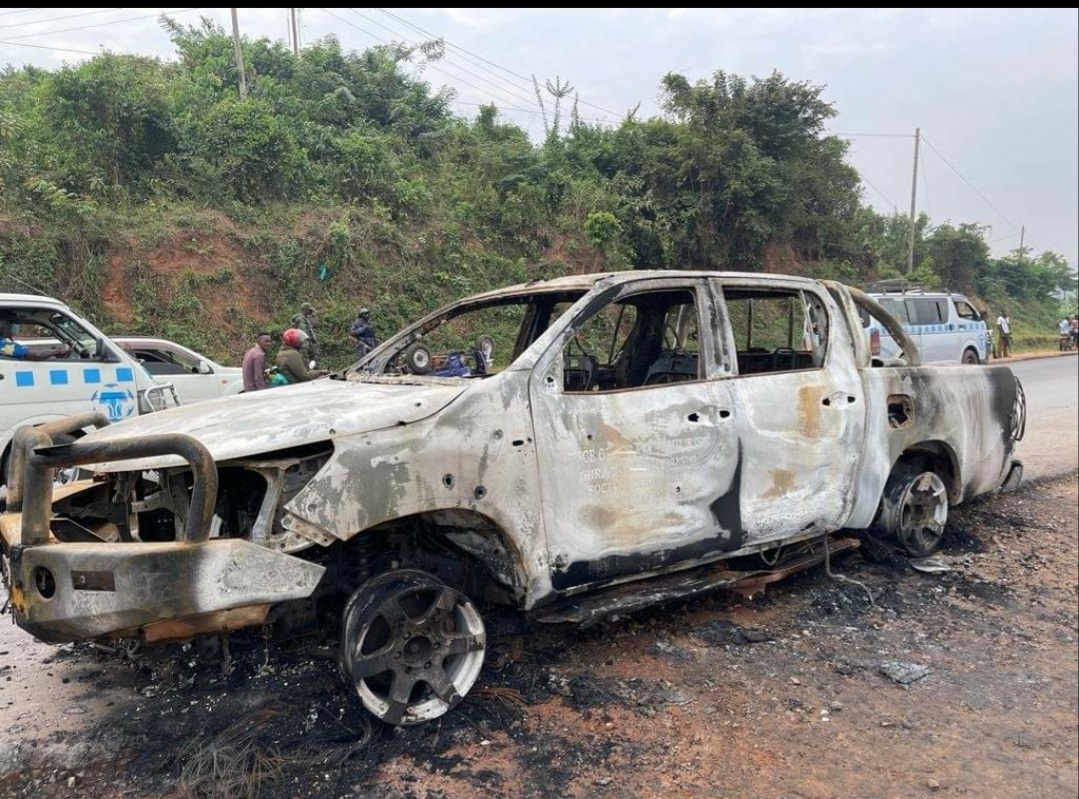 Uganda Police Force have issued a statement detailing their preliminary findings in the Bombo road shooting that claimed the life of Ogwang Charles, Chief Administrative Officer for Bukwo district.

It is believed that the shooting occured at around 23hrs according to local sources who rushed to police soon as they heard the gunshots. The assailants possibly left no trace as Police has not yet ascertained whether they were robbers stationed along the higway or the usual Boda Boda assailants as case has been with past assassinations.

Locals however stress that the Gulu-Kampala highway specifically at that Bukwo point which is less than 10kms away from the Bombo military barracks, armed robberies have been constant.

“We have been reporting how men in military uniform stage road blocks and rob people past 10pm,” a local told this website. “None of the area Police officers have taken our cries serious,” she adds.

Police at Kasangati are investigating circumstances under which a vehicle UG 0865 Z that was carrying the Chief Administrative Officer Bukwo District Ogwang Charles was shot at with him inside and later caught fire .

The incident was reported to Police by locals at 2309hrs on 08/07/2022 after they heard gunshots at Kiryowa, Mabanda, Bombo Road near Banu Petrol station.

The officers from Both Matuga and Kasangati police stations rushed to the scene only to find the car on fire . The Police fire prevention and rescue services responded and managed to extinguish the burning vehicle.

It is alleged that while Ogwang Charles Chief Administrative officer Bukwo was travelling in the said motorvehicle , unidentified assailants shot at him several times causing injuries to him , first responders from a near by clinic had to rush him to Bombo Military Hospital where he succumbed to the bullet injuries this morning at around 4am .