Cop who triggered November 2020 killings behind MP Nambooze back pain 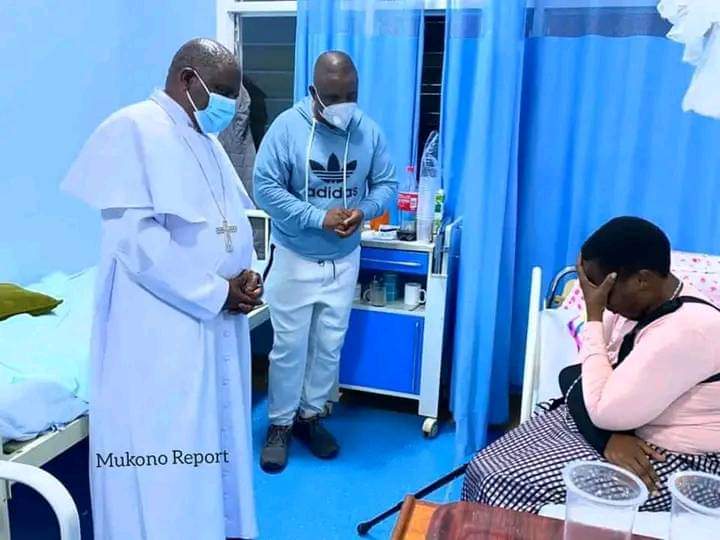 Frank Mwesigwa, a senior security officer ranking at the Regional Police Commander for the Busosa sub-region is implicated in the ailing condition of firebrand Mukono municipality Member of Parliament Betty Nambooze Bakireke.

Mwesigwa, famously known for his involvement in the brutal arrest of the National Unity Platform party presidential candidate Kyagulanyi Ssentamu Robert aka Bobi Wine during the concluded 2021 polls is pinned by the lawmaker, Nambooze, to have been the same man that shattered her locomotion abilities after injuring her spinal cord in the corridors of parliament during the 2017 age limit bill clashes.

Nambooze was last week airlifted to the United States for specialized treatment at a $180,000 fee partially funded by parliament. The MP sustained serious pains from a slip inside her house after she missed one of the steps on the stairs to her bedroom. She says that fall revived the 2017 pain.

“I had skipped my visits to India for medical reviews for some time and when I registered this fall, the medics said they could no longer handle my matter as the report back time had elapsed,” said the MP when our reporter caught up with her on her sickbed at Rubaga hospital few weeks back. “The US is the only choice left. I have to travel with a physician to handle my condition on the over 24hr journey from Entebbe to the US. I am from the embassy for the Visa interview,” she explained, as she grapped with unimaginable back pain.

Nambooze says that much as she is enduring unimaginable pain, the greatest source of concern disturbing her mind is the fact that RPC Frank Mwesigwa who was the genesis of her life threatening condition has never been apprehended.

“The man behind all this is a free man enjoying promotions. It hurts me when I see that he is not in court to explain what inspired him to afflict pain on me,” she stressed. Nambooze says she is currently struggling with part of the bill as government only contributed UGX 400m of the required $180,000. She says efforts by the speaker Anita Among have enabled the Uganda Medical Board to clear her for treatment, a move they had declined to do 5 years ago anticipating that she would use the moment to flee to exile.

The MP says she is battling Peripheral neuropathy ever since the 2017 attack at parliament. This ailment eats up the victim’s sensory organs and causes severe pain and sometimes numbness. Nambooze says on several times, she does not feel the presence of her feet and hence needs to move with helpers or a wheelchair to assist her when the numbness occurs. Even her body temperature keeps on fluctuating and it has to be manually adjusted with a heater or a fan depending on the weather condition.

The MP says therapists explained to her the causes of peripheral neuropathy to be the following;

1. Toxins/poison that destroy the nerve

The MP rules out the hereditary peripheral neuropathy on grounds that none of her relatives has history of the same. She however believes she could have contracted the ailment from torture she underwent in 2017 following her clobbering by security officers. She adds that during her arrest, operatives could have intravenously administered toxins to her body.

She however insists that on her return to Uganda upon the completion of the three months treatment, she will rally the Justice and Law Order Sector (JLOS) to interest itself in apprehending Frank Mwesigwa, who is now the wildlife police commander. She adds that she will only heal if the errant Mwesigwa who was then Kampala Metropolitan Police Commander is brought to book.

“You will never be able to get people out of their suffering when you don’t bring the culprits to book especially when they are known. Maybe, what I’m suffering is what the Muslims who have been tortured are suffering from but there is no one to talk for them,” she said.