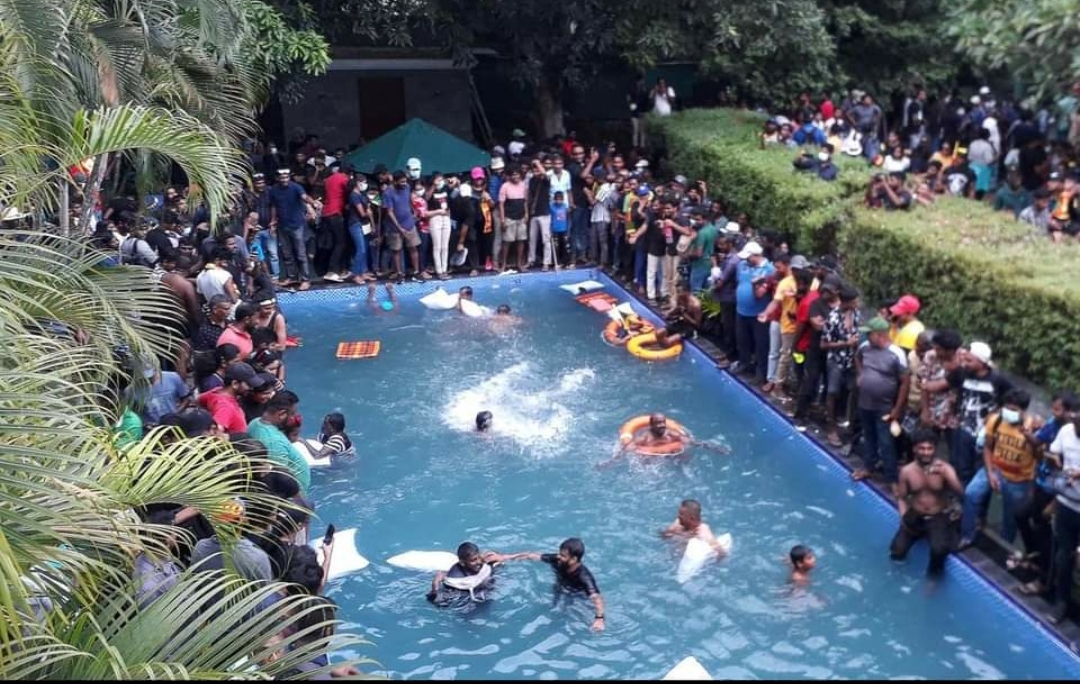 On Sunday, various scenes of bloody clashes between hordes of street protesters and armed security personnel were the order of the day. The protests in the Island of 22 million culminated to success after the protesters flooded the official residence of President Rajapaksa in the capital, Colombo and prompted him to flee.

The Rajapaksa family has been in power since 2005 but their 20 year reign is to come to an end after the incumbent Rajapaksa himself according to local press reports announced that he will issue his resignation statement. He had just been re-elected to power in 2019. The Sri Lankan constitution grants the Prime Minister statutory powers to preside the country for 30 days in case the president steps down. After 30 days, parliament sits and elects another president.

Similarly to the Ugandan kleptocratic rule mired with nepotism and favoritism, Rajapaksa filled his government positions with relatives. His elder brother has been a Prime Minister till protesters cut short his stay in May, while his several other siblings and inlaws have been in fat government positions.

In Uganda President Yoweri Museveni who has been in power since 1986 has filled his government with relatives and members of the first family for instance he has just re-appointed his sister Dr. Violet Kajubiri to the Education Service Commission, his wife Janet Kataaha is Education Minister, his son Muhoozi Kainerugaba is a commander of land forces and harbours presidential ambitions, his in-laws Odrek Rwabwogo, Sam Kuteesa all have juicy slots in government.

The Sri Lankan protesters accused the Rajapaksa family with plundering the country leading to an artificially crafted economic crisis. At the time the protests surged to different parts of the country, fuel shortage was visible despite Colombo’s efforts to seek a bailout from Moscow. The government officials were also in talks with the International Monetary Fund to issue a $3 billion bail out to revive the already fallen economy.

A curfew had been imposed alongside a lockdown that banned public transport. But later all this was lifted after swarms of protesters overwhelmed police and army to trek to the capital. Local media said the determined protesters marched on foot while some cycled to the capital to take part in the storming of the presidential palace.

Ugandan government has always relied on the Public order management act, 2013 to violently dismantle protests. But what was seen in Colombo was another manifestation that a united swarm of masses can overwhelm security forces when they are rising for a genuine cause.