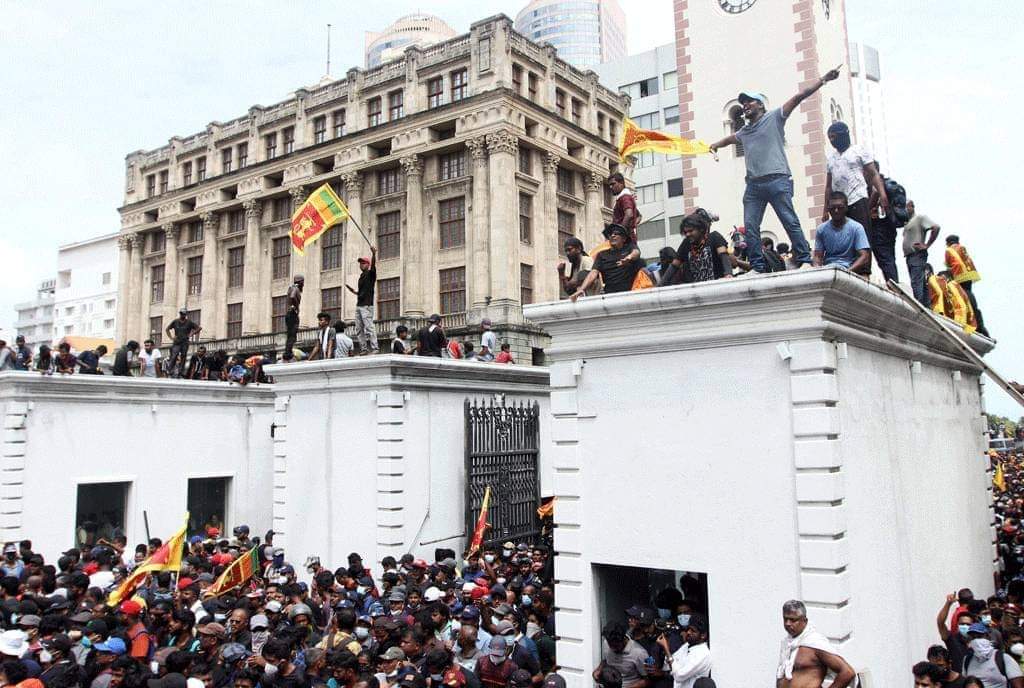 The Commander of the original National Resistance Army Gen Yoweri Kaguta Museveni, a key ally to the now ousted Rajapaksa dynasty has laughed out to whom he termed as day dreamers who think the use of chaos can oust him out of power.

Museveni was referring to yesterday’s incident in Sri Lanka when protesters overwhelmed security and stormed the Presidential palace later forcing President Rajapaksa and his entire government to step down from office.

According to Gen Museveni what happened there can never happen in Uganda as long as he is still the President of the country. Museveni said that in the past many have tried to use such ‘anti-people’ technics to start violent protests but they lost the appetite because the original NRA knows how to handle such circumstances.

“Those who tried such rubbish in the past are regretting up to now. We are well prepared to handle violent protests,” Museveni said.

Museveni added that his government cannot surrender Kampala the Capital without putting up a strong Resistance. “Our army is well equipped. We do not just surrender like that,” he stated.

It should be remembered that in November 2020, early 2011 and in September of 2009, violent protests broke out in Uganda that threatened the status quo but government through its armed forces managed to handle the situation saving the NRM led regime from collapsing.

Protests have in the past in Africa and the Middle East been successful in putting the regimes down like Hosni Mubarak in Egypt, Ben Ali in Tunisia, Gaddafi in Libya and so many other countries with opposition leaders in Uganda like Kizza Besigye asking Ugandans to borrow a leaf and use the same means to get rid of Gen Museveni’s government.