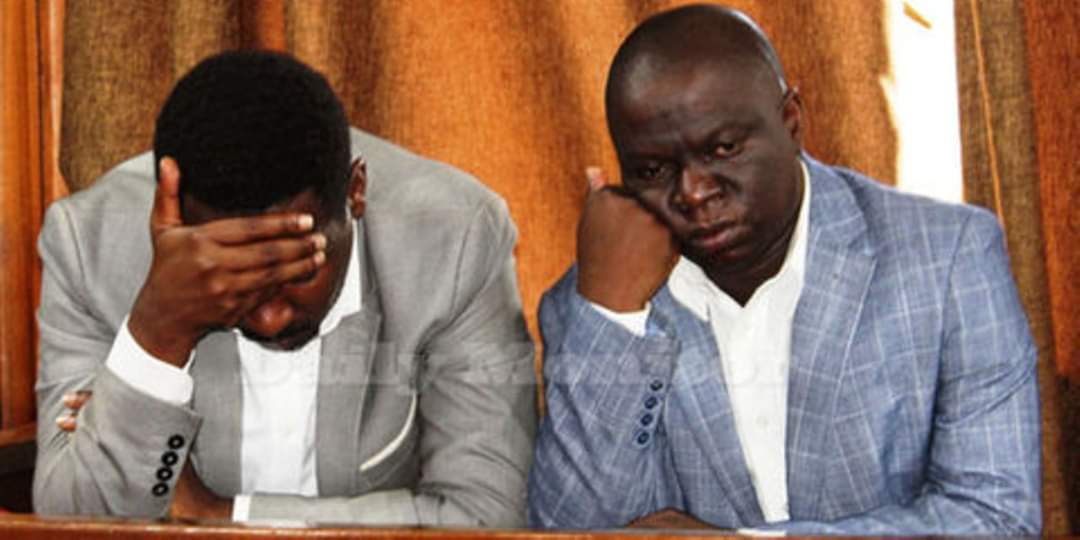 Losing their cool after sleeping in prison for ten months, the jailed National Unity Platform party lawmakers Allan Ssewanyana of Makindye West and his counterpart Ssegirinya Muhammad have faulted the leader of opposition Mathias Mpuuga Nsamba for failing to do enough for them to attain their freedom.

Moments to their arrest last September, the 2 Members of Parliament spent a night at the LOP’s residence in Masaka after being released on the police bond, having spent a full day under interrogation at the Central Police Station. The two were linked to the Masaka carnage that left scores killed under mysterious circumstances. Government claimed the two opposition lawmakers had a hand in the carnage, but to-date no substantial evidence has been paraded to prove that allegation.

Though the constitution calls for a speedy trial in criminal cases to be concluded in 180 days (6 months), the two MPs were committed to the high court for trial, and all their attempts to have bail have been dismissed at all levels of courts in Uganda. They had got bail from a lower court that staked it UGX 20m cash, which their sureties paid. The two MPs were later re-abducted just outside Kigo prison and slapped with fresh charges of murder and abetting terrorism.

Amidst all this, the jailed lawmakers had confidence that being aligned to the strongest opposition party in parliament, their fellow lawmakers would levy some pressure on government to have them released on bail. However, their expectations were watered down after it turned out that the Leader of Opposition Mathias Mpuuga dismissed the Parliamentary boycott campaign and rallied his side back to plenary.

Despite having good working terms with the speaker of Parliament Rt. Hon. Anita Among, Mpuuga has failed to save the jailed lawmakers, neither did he rely on that relationship to rescue Zaake Francis Butebi from being booted out of the Parliamentary Commission.

Running out of patience

In an exclusive with one of the local daily papers, the jailed MPs expressed their discontent with the LOP. They stress that he has not done much to have them released on bail or unconditionally.

“Many of them have never visited us. We are abandoned here. Our Leader of the Opposition has failed us. He promised us he was working out mechanisms with Speaker Anita Among to free us, but nothing yielded,” Ssegirinya remarked as quoted by Daily Monitor.

“Most of our colleagues have already been softened by House Speaker Anita Among. They cannot fight for us anymore. They will attend those parliament sessions without fail even when we are jailed,” Ssewanyana said.

The law stipulates that if a constituency is not represented in parliament for 6 months if its MPs are convicted on criminal charges, a by-election is due. However, what has still saved the 2 lawmakers is the fact that the state prosecution led by Richard Birivumbuka has never adduced evidence to have the MPs sentenced or convicted on the alleged charges.

Important to note is that of the 55 NUP MPs, it’s mainly Zaake (wears branded shirts with MPs faces) and Shamim Malende (counsel) that have frequented court sessions of the jailed MPs.