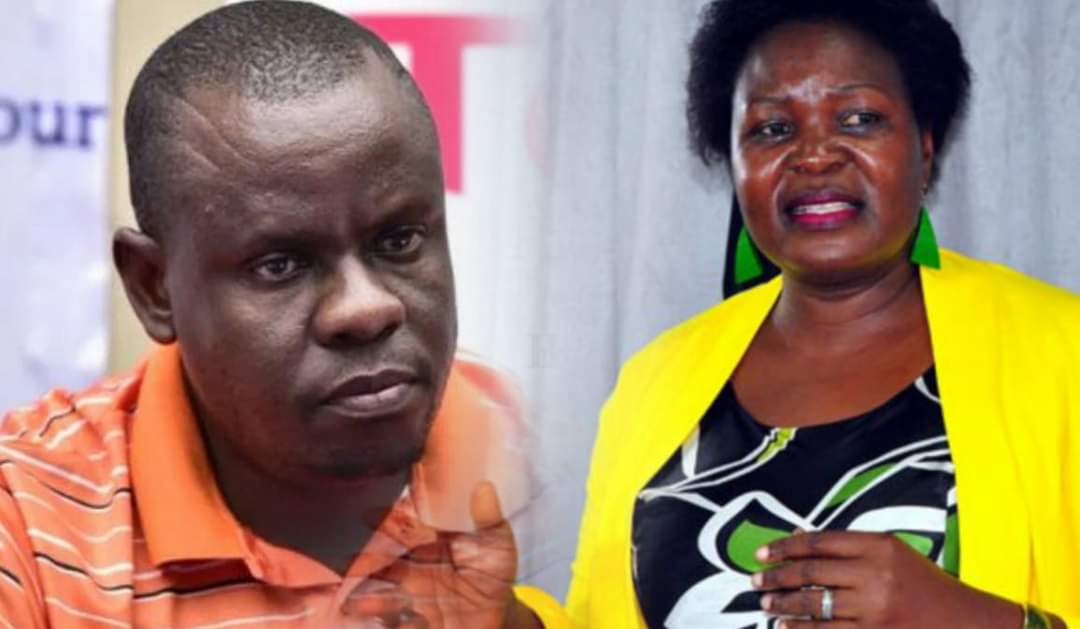 The Minister for Energy also ex NRM government chief whip in the tenth parliament Hon. Ruth Nankabirwa on Sunday fled a swarm of angry Ugandan protesters who were tipped of her presence in Canada.

The Minister was to preside an NRM diaspora convention as the chief guest but this could not ensue after she was overwhelmed by the swarm of protesters who flooded the venue.

In a video that has enveloped social media platforms, the embarrassed Minister is seen negotiating with the protesters donned in the red berets and attire identical to the National Unity Platform party. She is even heard denying that her presence was funded and facilitated by the NRM regime.

“I am here on my own. I was not sent by anyone,” Nankabirwa is heard pleading before she’s led away by two of her aides.

One enraged protester is heard telling the embattled Minister that her regime has repressed Ugandans miles away back home.

“Your NRM government is torturing people. Ugandans have been impoverished. How do you sell a life basic like soap at UGX 12,000? Why are you making life hard for our people?,” asked one protester. “You have jailed fellow MPs Allan Ssewanyana and Muhammad Ssegirinya for over 10 months yet the political season ended more than a year ago. You are not supposed to be here in Canada. Go back to Uganda and fix our country,” he added.

The NRM Canada convention turned out a flop becoming the second after the Germany retreat that was halted following a notice letter from the local Munich Mayor who was alerted by a protest letter authored exiled Ugandan novelist Kakwenza Rukirabashaija.