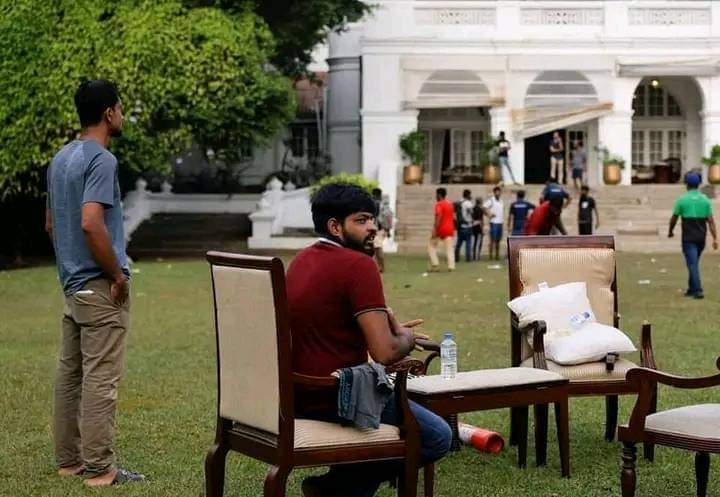 It was once the palatial colonial-era home frequented only by Sri Lanka’s political elite. But by Sunday morning, Temple Trees, the formal residence of the country’s prime minister, was “open to the public”, according to a large sign graffitied at the entrance.

In the aftermath of the dramatic events of Saturday, when tens of thousands of anti-government protesters stormed the state residences of the president, Gotabaya Rajapaksa, and prime minister, Ranil Wickremesinghe, Temple Trees was among the political properties now defiantly occupied by ordinary Sri Lankans.

Rajapaksa and Wickremesinge both promised to resign on Saturday night amid mounting political pressure. However, protesters said they would continue to occupy their homes and offices until both leaders had officially left office. The whereabouts of the president remained unknown on Sunday, and he did not formally address the people or publish a letter of resignation.

By Sunday morning, Temple Trees had been converted into a museum for the Sri Lankan people and a community kitchen, serving up free hot meals. In scenes that would previously have been unthinkable, vats of dal and curry simmered on wood fires set up in the manicured garden. People from all walks of life milled freely around the marble corridors, having lunch, relaxing on the lawn and taking advantage of the well-equipped gym for a workout.