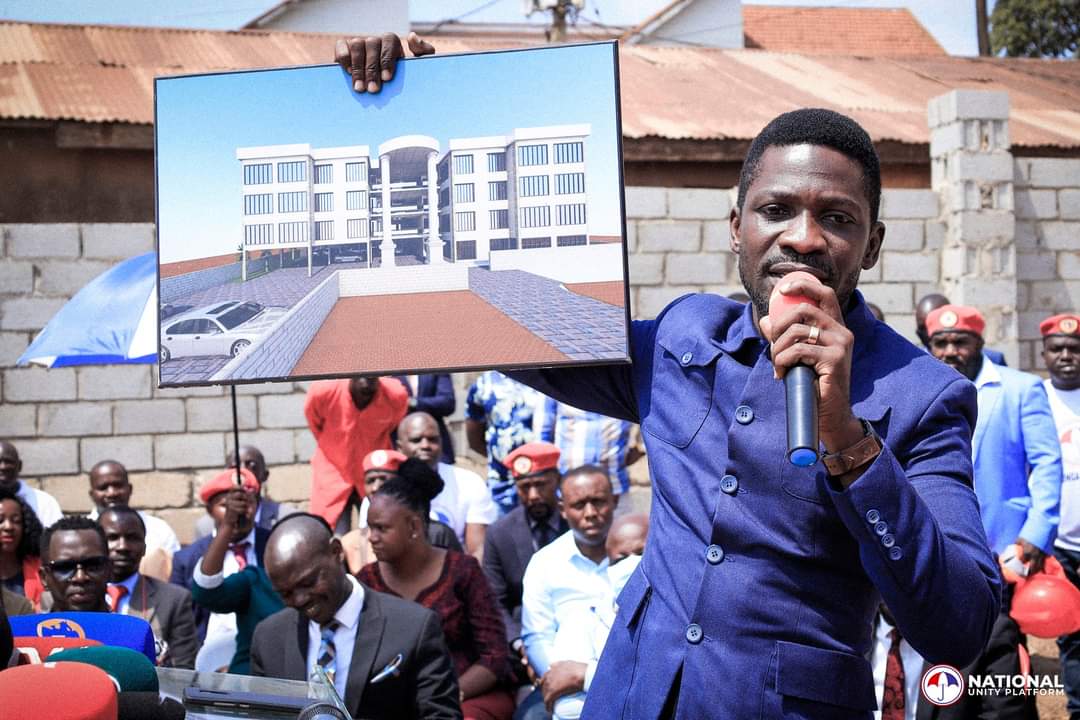 The National Unity Platform party today at the groundbreaking ceremony unveiled the official site for their new head offices after plans to relocate from Kamwokya kickstarted. The new head offices will be housed at Makerere, Kavule in Kawempe division.

The party Secretariat was fully fleged with all regional Deputy presidents and local council leaders alongside party Members of Parliament who attended to witness the historical moment.

In his speech, the Leader of Opposition said NUP is proving to critics that it’s ‘not a wave but an entrenched party with permanent structures.’ Other party leaders scoffed at the ruling NRM party for hosting its Kyadondo road based offices on rented space, which some even said is evaded by the Museveni led Secretariat.

Our reporter takes you through the historical day for the NUP in pictures: