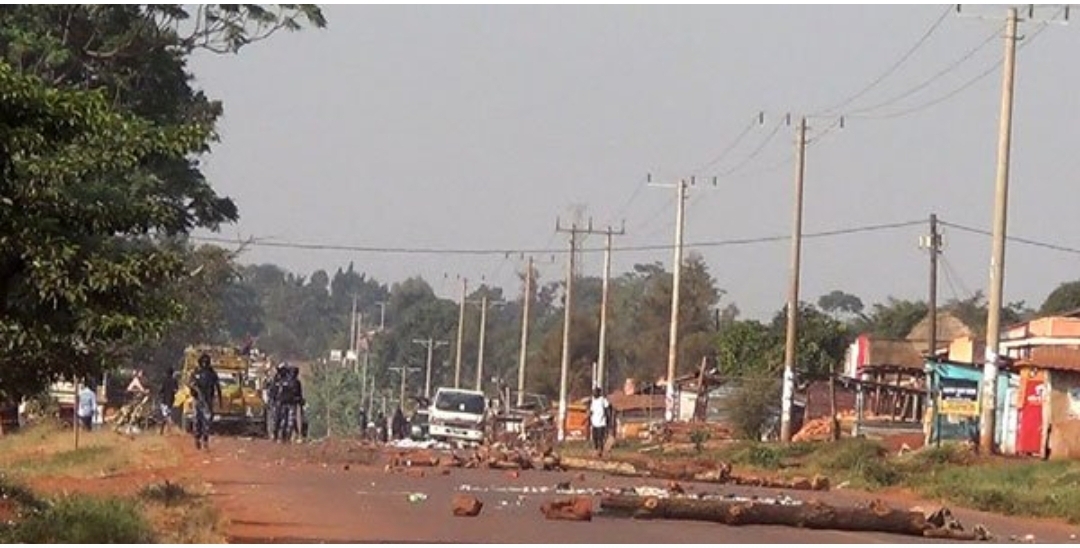 The Uganda Police say there is an element of political conspiracy in the protests that rocked Jinja city on Monday, where angered locals stormed the streets and barricaded roads to protest the rising commodity and fuel prices.

James Mubi, the spokesperson for the Jinja police says they have made 8 high profile arrests in line with the protests. Mubi says they got intelligence reports indicating that as early as 6am, the coordinators of the protests were driving a yet to be identified vehicle that was reportedly supplying protest materials like placards.

“We have information that the protestors are being mobilized by some politicians. We are going to summon them for questioning. They are supposed to sensitize the community to understand what is currently happening in the world, not to incite them,” Mr Mubi told media. “These protests are political and we will get all those who have funded and facilitated the residents to storm the streets,” he added.

When consulted to mention the particular political elements he suspects to have facilitated the pandemonium, Mubi said that shall be arrived on upon extracting information from the suspects. He also adds that 11 motorcycles belonging to some protesters were impounded.

“These protesters do not even own a mere bicycle. They are very poor. How do they even know the fuel prices,” Mubi said in an attempt to back his theory that the protests are fueled by opposition politicians.

The protesters however say they will not relent from their cause. “We are so tired of this government. They don’t care about the plight of the common person. This government is for the rich. Museveni and his family are impoverishing us deliberately. How can soap cost UGX 12,000? Why are we suffering in our country? We will not stop till something is done,” vowed one protester.