Speaker Among fills parliament with tribesmen 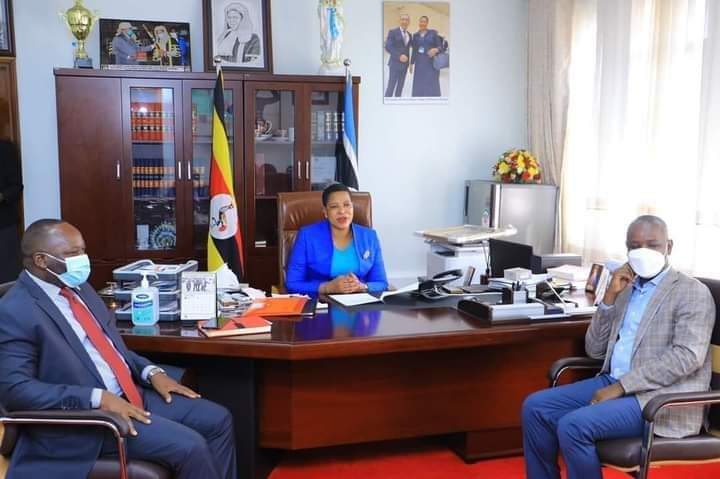 Since she took over from the late Rt. Hon. Jacob Oulanyah as the speaker of the eleventh Parliament, Anita Among has become a centre of debate at parliament over the way she awards jobs to her own relatives and tribesmen from Teso.

SEE ALSO: Journalist who exposed Among Benz flees to exile

Among, who is the incumbent Bukedea district woman Member of Parliament is in charge of the legislative arm of government by the virtue of the fact that she is the speaker.

It is said that even the brother to the later speaker, a one Francis Emuna was reshuffled moments after he spilled information that he had been hampered from making a bone marrow donation to save the life of his fallen brother, Oulanyah. Emuna was sent on leave by Among while Sarah Kagingo, who formerly headed Oulanyah’s media section was relegated to library duties. The internal auditor of Parliament was sacked and has never been replaced. Several staff at parliament now fear to speak as it can attract repercussions. Most parliament offices are filled with Itesots and people from the East, whom Among believes are loyal to her.

Sources in the Parliamentary Commission says she and her estranged lover Solomon Silwany joined efforts to boot opposition MP Zaake Francis Butebi from the commission secretariat on grounds that the firebrand NUP lawmaker had persistently blocked their backdoor deals. Among reportedly got a mouth watering bribe from Roko construction company to silence the debate on the stalled project of the construction of the new parliament chambers that has surpassed the deadline. It is also said Among and her lover Silwany used their influence to award contracts to Dott services limited where the speaker has shares in the company. All these deals would meet stiff resistance from Zaake but his ejection from the Commission turned out a blessing to Among to conduct her business without any contestation.

SEE ALSO: Among orders Nabbanja to get NRM Chief whip but stays mute on internal auditor