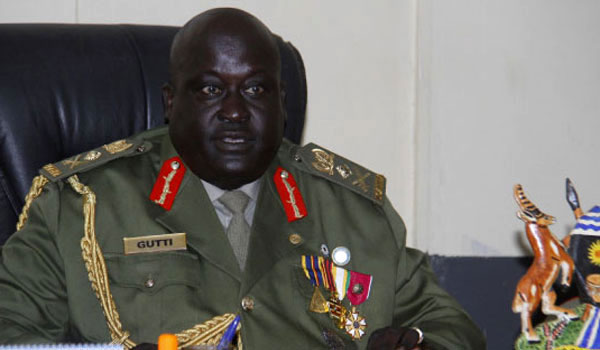 Lt. Gen Andrew Gutti has ceased being the chairperson of the general court martial, after his inclusion amongst the 34 military officials to be retired from the UPDF by the Commander in Chief.

Gutti who hails from the hunger stricken and impoverished Karamoja Sub-region has been the centre of discussion amongst human rights defenders and activists over the partial way he has handled his court in the case of political prisoners of the National Unity Platform party. In some court sessions, Gutti would be heard insulting political suspects as ‘fools.’ In the case of Kakooza Sanya, one of the NUP supporters in detention, Gutti was heard labeling him a ‘fool’ and sentenced him to solitary confinement to Luzira just because the enraged NUP supporter shouted in the courtroom.