Protesters occupy PM’s residence hours after he takes over interim 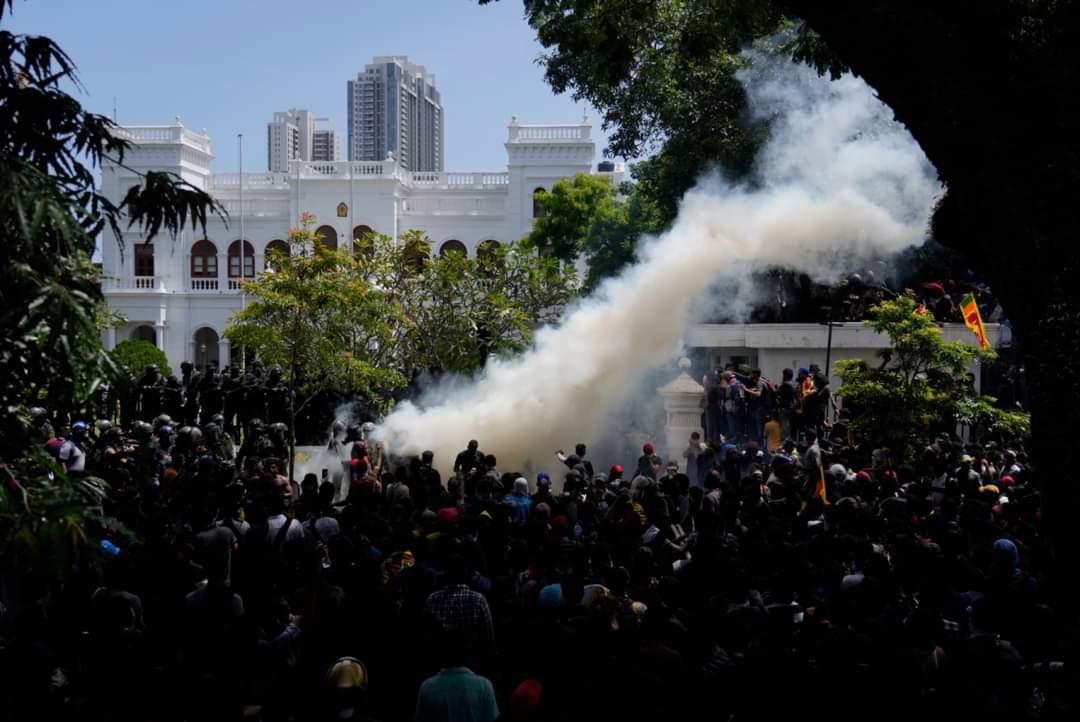 Thousands of anti-government protesters have stormed into Sri Lanka Prime Minister Ranil Wickremesinghe’s office, hours after he was named as acting president.

Men and women breached military defences and entered the premier’s office on Wednesday to raise national flags, after police and troops failed to hold back crowds despite firing tear gas and water cannon.

Some protesters scaled the walls of the office as the crowd roared in support and tossed water bottles to those charging in.Protesters are demanding the resignation of Wickremesinghe, who was declared acting president after President Gotabaya Rajapaksa fled the country earlier on Wednesday.

Rajapaksa escaped to the Maldives hours before he had promised to resign over a devastating economic crisis.

Protesters have promised to occupy the official buildings until the top leaders have gone.