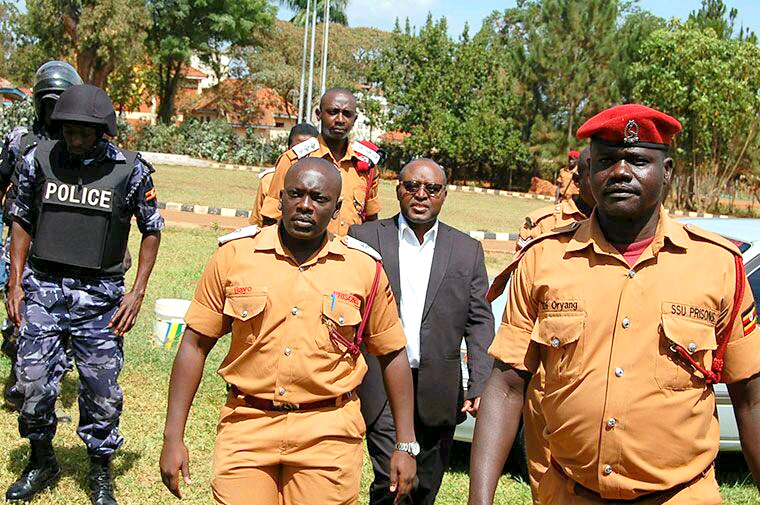 The Deputy Speaker Rt. Hon. Thomas Tayebwa on Wednesday intercepted Bukonzo West Member of Parliament Hon. Katusabe Godfrey Atkins as he raised a matter of national importance. The Kasese MP tried to question the unresolved puzzle to the effect of the delayed judgment on the impending case of the Rwenzururu royal guards who remain jailed in Luzira and Nalufenya prisons since their arrest in November 2016.

In his submission on plenary, Katusabe stated that the rising death toll of Rwenzururu guards at the hands of prisons authorities is appalling. This came after another royal guard last week died in Luzira maximum prison.

“Rt. Hon. Speaker, my king (Omusinga) His Majesty Charles Wesley Mumbere needs urgent medical attention. The detained royal guards must be released unconditionally. We are having a criminal in this house (referring to the Attorney General),” said an infuriated Katusabe.

Katusabe appealed to the Attorney General to conclude the trial of the jailed royal guards or else release them unconditionally. The Deputy Attorney General Kafuzi who was present in the house said the file is still in the office of the Director of Public Prosecutions pending investigations. He however said about 154 of the over 245 suspects were released on a presidential parole last year.

The heated debate was cut short by the Deputy Speaker who ordered the turning off of the microphone as Hon. Katusabe was pouring out his emotions in the regard of the jailed Rwenzururu royal guards. Tayebwa said there was no need as to why Katusabe needed to exhaust his point beyond the allocated 2 minutes of submission.