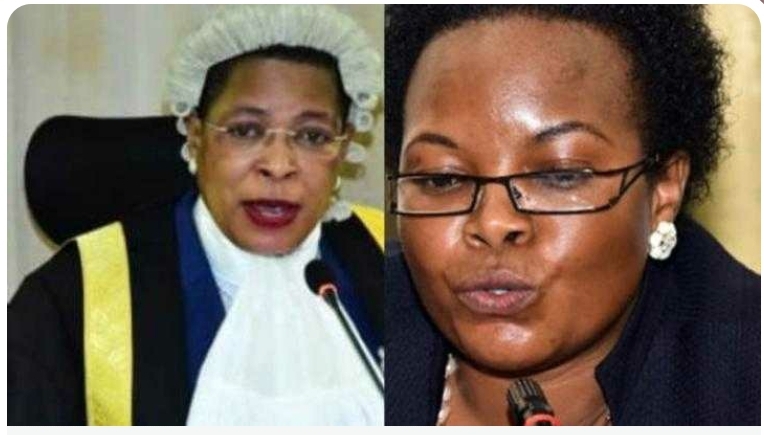 State Minister for Lands Hon. Persis Namuganza is in deep trouble after parliament spent the entire Wednesday plenary discussing how to take disciplinary action on her, over her alleged disparaging comments on both Twitter and mainstream media.

The matter was raised by one of the parliament commissioners also Bukooli Member of Parliament Hon. Solomon Silwany, a key ally to the speaker well recalled in his pivotal role in mobilizing signatures that saw the impeachment of Mityana municipality MP Zaake Francis Butebi from the commission secretariat.

Silwany raised the matter in the Wednesday plenary stating that the junior lands minister must be subsequently referred to the committee on rules, privileges and discipline for thorough questioning over her alleged remarks that undermine the credibility of the institution of Parliament.

Deputy speaker Thomas Tayebwa who presided the Wednesday plenary referred the matter to the rules, privileges and discipline committee and tasked it to investigate the Minister Namuganza. The source of the rift stems from the Minister’s alleged questioning of the power of the speaker, Anita Among when she wanted to institute an adhoc committee.

It should be recalled that the same eleventh Parliament in March spent an entire month probing the alleged misconduct of Hon. Zaake as the then speaker Rt. Hon. Jacob Oulanyah was in Seattle on his sickbed.