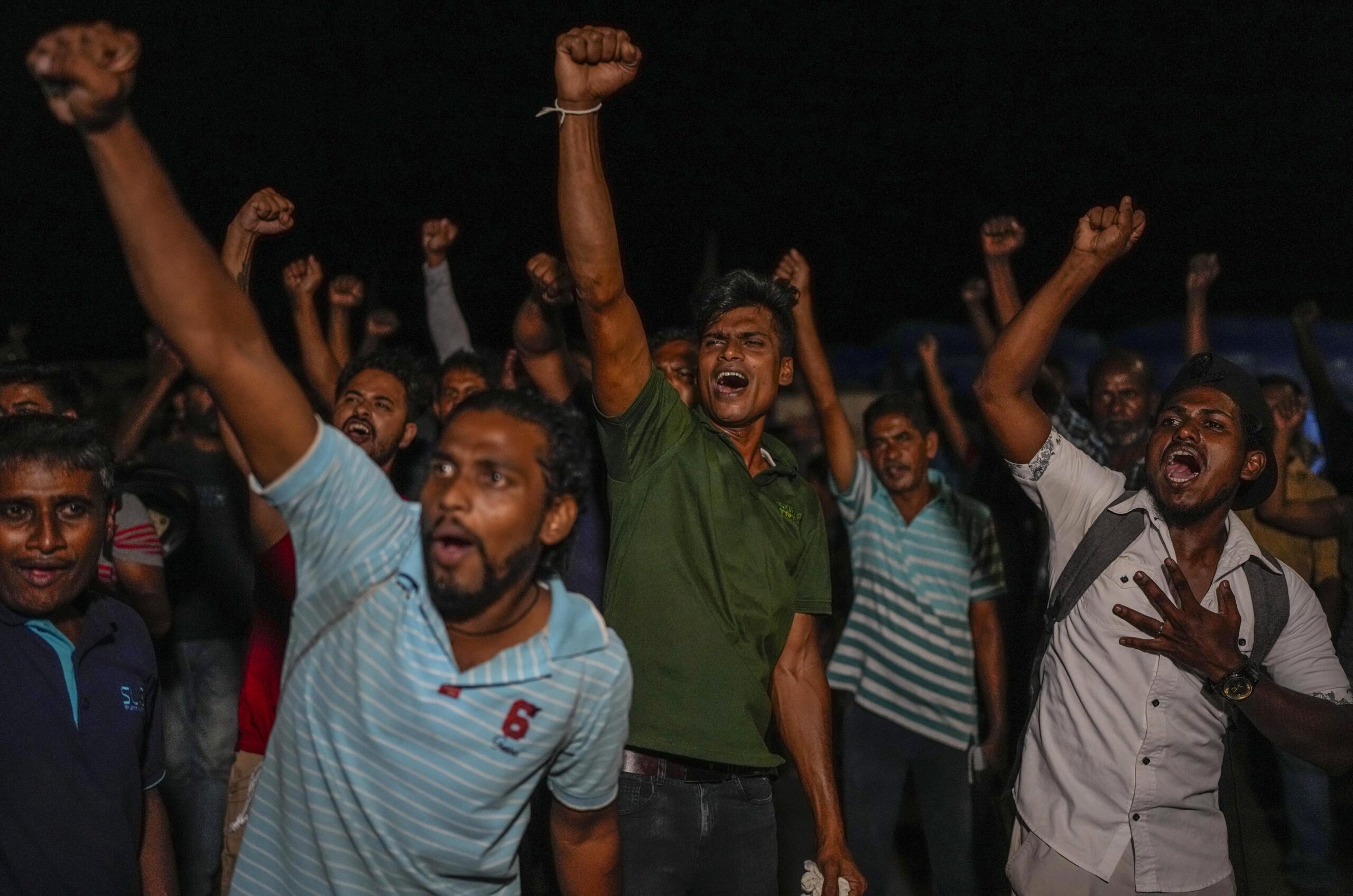 After months of protest over the worst economic crisis since 1948, Sri Lanka’s President Rajapaksa has finally resigned.

President Gotabaya Rajapaksa emailed his resignation letter, a day after he fled Sri Lanka and shortly after he reached Singapore which the speaker of Sri Lanka’s parliament has since accepted.

“From this point, we will move to constitutionally appoint a new president,” the speaker, Mahinda Yapa Abeywardena, said on Friday

Adding that the Parliament of Sri Lanka is set to meet on Saturday to begin the process of selecting a new president who would serve in Rajapaksa’s remaining term ending in 2024.

The announcement that a resignation letter had been handed in on Thursday had triggered jubilation in the commercial capital, Colombo, where protesters assembled outside the presidential secretariat defying a city-wide curfew setting off fire crackers, shouting slogans and dancing.

Damitha Abeyrathne, an activist said, “The whole country will celebrate today, it’s a big victory, We never thought we would get this country free from them” referring to the Rajapaksa family who dominated the country’s politics for 20 years.

As events continue to unfold, the opposition is planning a no-confidence motion against Prime Minister Ranil Wickremesinghe, a Rajapaksa ally who was declared the acting president on Wednesday and Protesters continue to demand the resignation of top leadership.

Malik Perera, a 29-year-old rickshaw driver who took part in the parliament protests, said on Thursday. “They have sold the country. We want a good person to take over. Until then, we won’t stop.”

The economic crisis has been the subject of months-long protests, which peaked this weekend when hundreds of thousands of people occupied government facilities in Colombo and demanded an end to corruption, runaway inflation, and shortages of essential supplies.