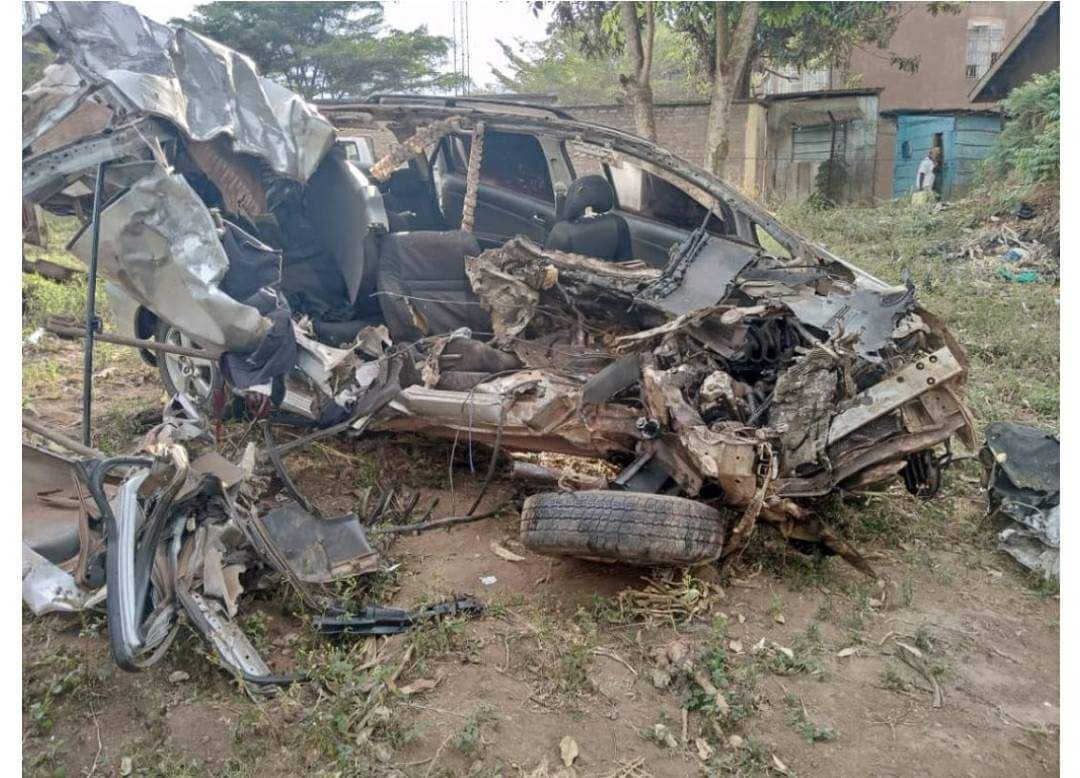 The fatal accident happened today morning 16th.July 2022, at around 4:30 am on Masaka Kampala Highy way around Karushowe swamp involving motor vehicle reg no UBH 902U (fuso fighter) which was traveling from Masaka side heading to Kampala and motor vehicle reg no UBE 756C (Toyota wish) where all occupants died on spot.

The cause of the accident has been attributed to the driver of the Toyota wish who left his lane and moved to the lane of the fuso causing a head on collision killing five people who were occupants in the Toyota Wish.

The bodies have been conveyed to Masaka City Mortuary for postmortem examination.