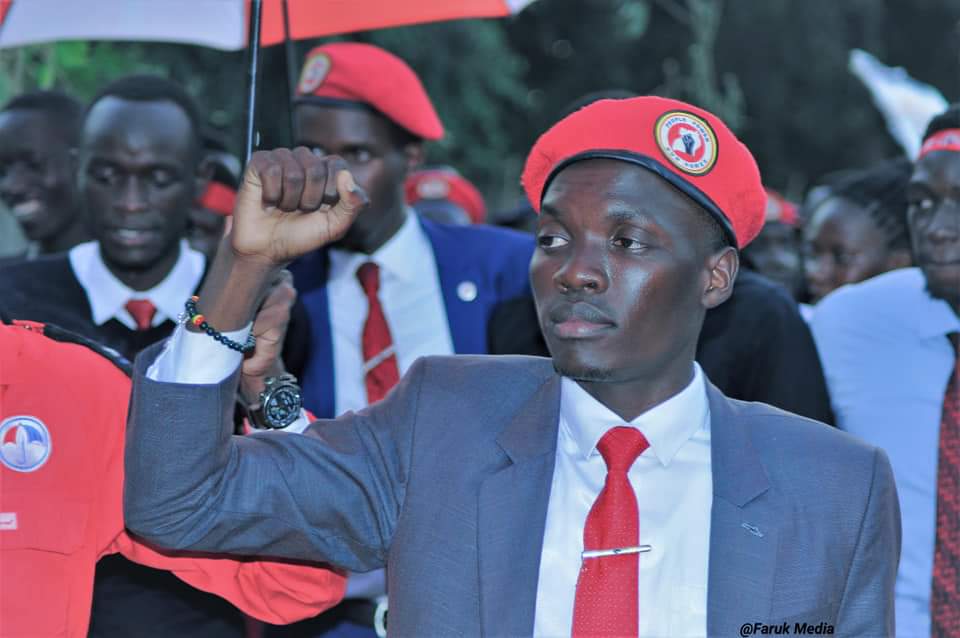 On Thursday last week during the heated Makerere University guild campaigns, a scuffle between the opposition National Unity Platform party and the Forum for Democratic Change party cost a full human life of a student named Bewatte Betungura. The deceased who was laid to rest yesterday in Kamwengye turned out to be a student of Uganda Christian University pursuing a Bachelors degree in law in his second year.

The student’s throat was slit by an unknown attacker who is said to have disappeared into the crowd. Three arrests were made that very night and these included the Kassanda South Member of Parliament Hon. Frank Kabuye Kibirige, 2 university students Allan Ssekidde and Kabuulwa Muzafaru. They were linked to the case after it was established that they were the occupants of the vehicle that rushed the dying student to the University hospital.

We have since learnt that even another student Katusabe Kenneth was arrested on Friday evening and added to the same case after police recovered his mobile phone he had lost during the pandemonium and tricked him to return to collect it and ended up detaining him at Wandegeya police station.

The fracas has largely impacted on the opposition unity leaving pundits wondering if the Makerere events were state scripted to further divide the opposition ahead of the Soroti by-election which had seen NUP back the FDC candidate Hon. Moses Attan. Indeed, the FDC seems to have fallen into the NRM trap as noticed in some of its statements we highlighted, they were implicating NUP leaders to have triggered the fights.

On the actual tragic day, FDC rushed to immediately issue a statement prior to the official police comment on the same matter. This all projected that the unity in the looming by-election would not be tenable since the blue corner easily fell into the disunity trap following the Makerere fracas.

The way the university council hurriedly rushed to pass the resolutions left many people wondering if the violence was premeditated to justify the amendments of disenfranchising the students fraternity. In some of the revolutions signed off by the Makerere Council chairperson Lorna Magara, it was unanimously agreed upon that future elections are to be held virtually without any physical engagements. The other proposal pending debate is whether the political parties too should be kicked out of university politics. It may not be wrong for one to say that the state opted to sacrifice a life of a student in order to catalyze opposition disunity and create a trend of NRM guild presidents as the virtual elections will be easily rigged to assist the ruling party pull down opposition dominance. Since 2019, the People Power/National Unity Platform party have been dominating the Makerere politics having produced all past guild presidents.