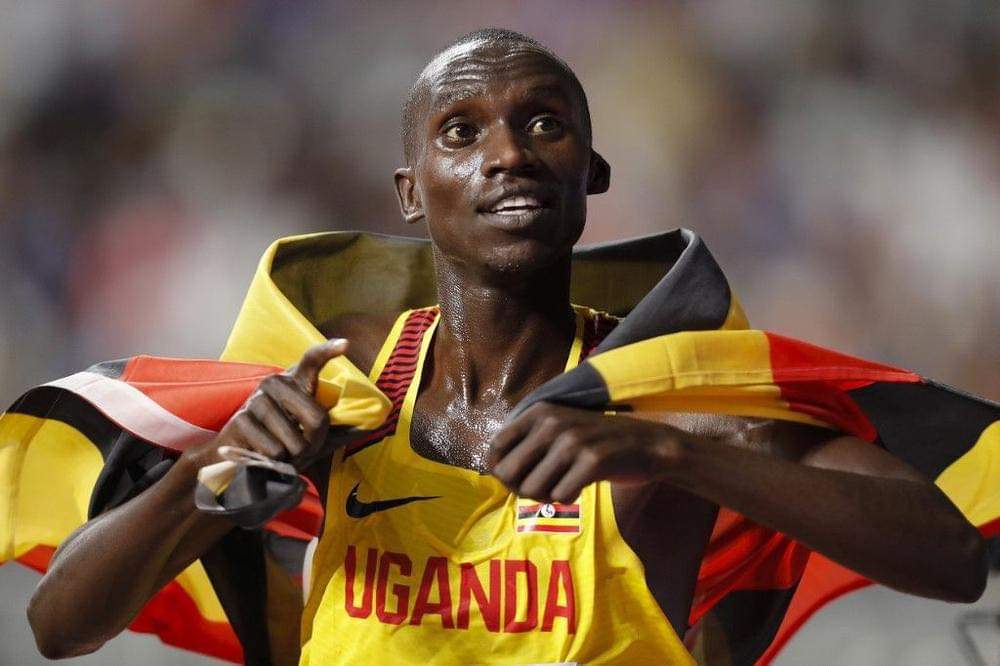 It has again rained gold in Uganda after world record splinter Joshua Cheptegei became the fourth man in history to defend the 10,000 World Championships Gold Medal, sealing his place as Uganda’s greatest ever.

The World record holder Cheptegei dominated the race for the longest spells and stamped his authority as the world’s best long-distance runner to win the 25-lap race in a time of 27 minutes and 27 seconds in front of an ecstatic crowd at Heyward.

The Kapchorwa born athlete was tokened Shs 263m for retaining his 10,000 world title at the ongoing Athletic Championships in Eugene, Oregon Sunday.

This perfect day for Uganda was sealed as Jacob Kiplimo also won a bronze medal, after finishing 3rd in the same race, earning Shs 82m. Also Halimah Nakayi made it to the queue of athletes to participate in the finals of the 10000m.

Many Ugandans have taken to social media platforms to applaud and commend the world record splinter Joshua Cheptegei. Majority say he has passionately and patriotically hoisted the Uganda flag.