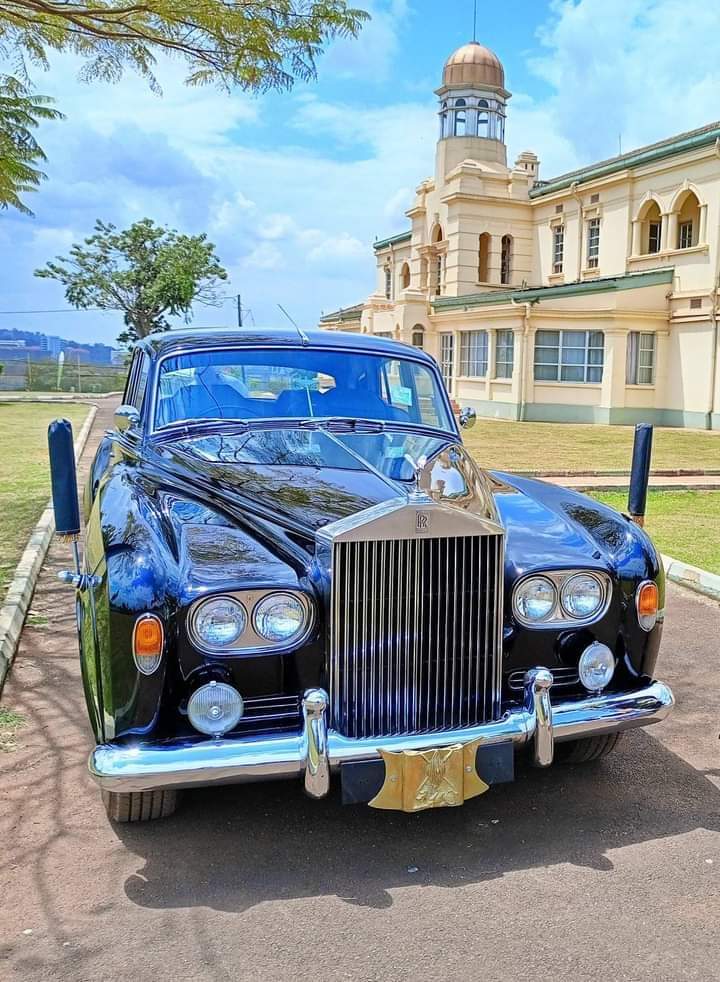 In a historical event held at the palace in Mmengo, the Kabaka was hosted to a treat to mark his 67th birthday celebrations which were postponed from April as he had travelled to Germany for a medical trip and official duties.

The classic rolls royce was given to the Kabaka in a momentous function presided by the Katikkiro Charles Peter Mayiga and prince David Wasajja.

The vehicle was reclaimed from the Uganda museum in 2020 and handed to Mmengo by the then tourism minister Hon. Tom Butime. It has since then been under renovation to restore its executive looks. Sources say the renovations were made at the coastal city of Mombasa in Kenya, but Ekyooto could not verify that.

The vehicle was purchased in 1964 by the post independence government as the official transport car for the first president H.E Edward Mutesa II. It was then relocated to state house Entebbe till 2013 when it was handed to the Uganda museum to be a tourism attraction.

After several engagements between Mmengo and the central government, it was unanimously agreed by cabinet in 2019 that the vehicle must go back to the Buganda royal family.