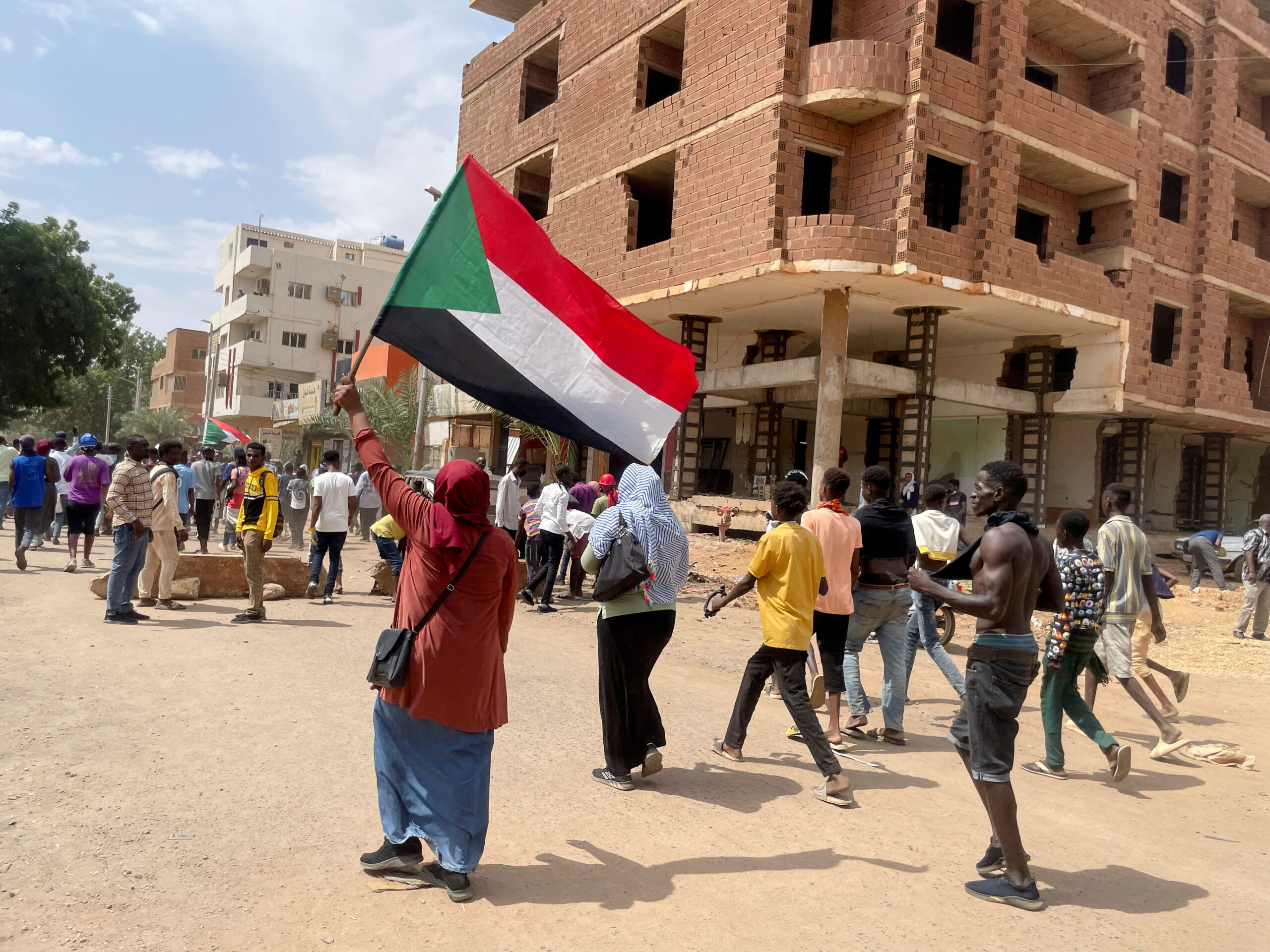 On Saturday, Sudanese Police fired teargas in a bid to disperse hundreds of pro-democracy protesters that had gathered in the Capital Khartoum to demonstrate against Coup leader General Abdel Fattah al-Burhan.

Protesters in the capital Khartoum carried signs reading “Stop Civil War,” “Blue Nile is Bleeding,” and “Cancel the Juba Peace Agreement,” as they marched towards the presidential palace.

As a way of deterring the demonstrations, the Country’s security forces erected roadblocks on bridges crossing the Nile River linking Khartoum to its suburbs.

The protesters oppose Burhan’s 2021 October power-grab and have since carried out several protests highlighting heavy fighting in Sudan’s Southern Blue Nile State and accusing the Military of stoking internal conflict and failing to protect civilians.

According to the pro-democracy protesters, the Military leadership and ex-rebels who signed the 2020 peace deal for their own personal gains are to blame.