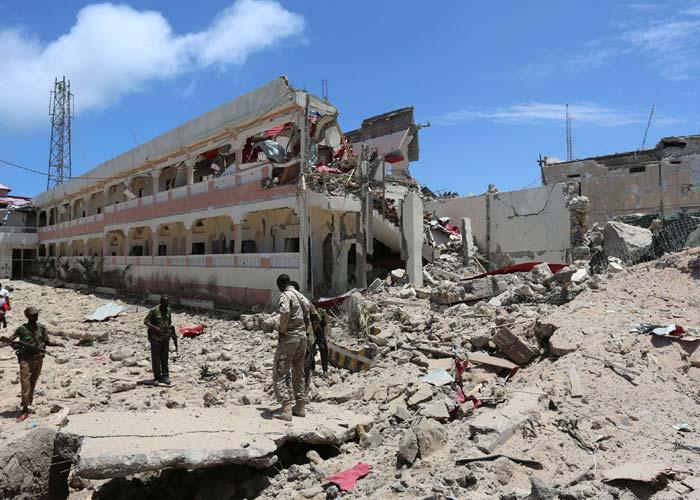 Al-Shabab has claimed responsibility for the attack of a suicide bomb blast that rocked Somalia’s town of Jowhar, in Hirshabelle state, killing at least three people and wounding fourteen others.

Jowhar is the administrative centre of Hirsha belle state and is located 90 kilometers north of the national capital Mogadishu.

A police officer in Jowhar said on Sunday that the attack targeted the Nur Dob hotel which is frequented by state lawmakers, ministers and other officials.

The attack killed three people and wounded more than 14 others including the health minister of Hirshabelle state.

According to Eyewitnesses, the explosion affected nearby buildings and was one of the biggest, loudest and largest they had ever heard.