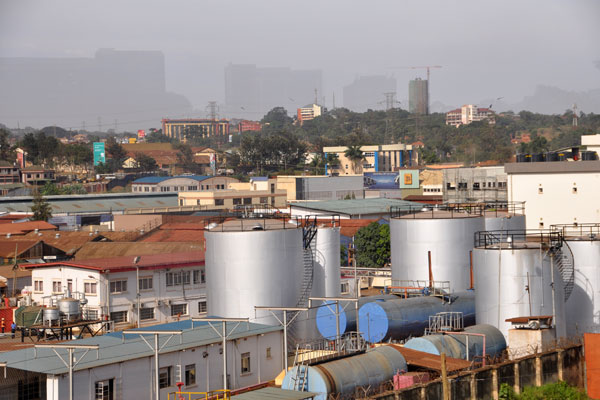 In order to reach a funding agreement for the $4 billion refinery project, Ugandan government representatives have been commuting between Entebbe, Italy, and the US admitting that the project has struggled to attract more interests and investment commitments from other EAC countries besides Tanzania and Kenya, who offered to take up part of Uganda’s 40 percent shareholding.

While Government representatives acknowledge that the refinery project has lagged behind other projects, there is anticipation that the project will start in the latter half of 2027, earliest if the required financing is secured and the ongoing technical studies are completed sooner.

However, regional nations that expressed interest in the refinery that was marketed as an East African Community (EAC) venture as well as local players who were ready to take up equity in the project remain neutral, citing the project’s failure to materialize since 2018

According to Richard Byarugaba, the managing director of the National Social Security Fund, a fund that was approached in 2015 to take up a stake in the project he said, “The problem is that the refinery doesn’t have an EPC structure yet”

Although potential investors claim to be open to conversations with the government, the refinery continues to remain an unbankable project without an engineering, procurement, and construction structure.

The Uganda Refinery Holding Company Limited (URHC), a subsidiary of Uganda National Oil Company Limited (UNOC), holds Uganda’s commercial interests on behalf of the Government of Uganda, participating with up to 40% shares in the refinery Project and is anticipated to deliver 60,000 barrels of oil per day, including gas that will be sold within the territorial market.

In April 2018, Government of Uganda selected Albertine Graben Refinery Consortium (AGRC) as the Private Sector Investors to finance, develop, construct, and operate the Greenfield Oil Refinery estimated to cost US$ 4 billion however since taking the $10 billion FID for Tilenga, Kingfisher and the East African Crude Oil Pipeline (Eacop) in February, Energy Minister Ruth Nankabirwa and government officials have been visiting Italy to negotiate with the lead investor Albertine Graben Refinery Consortium (AGRC) to get the project going.