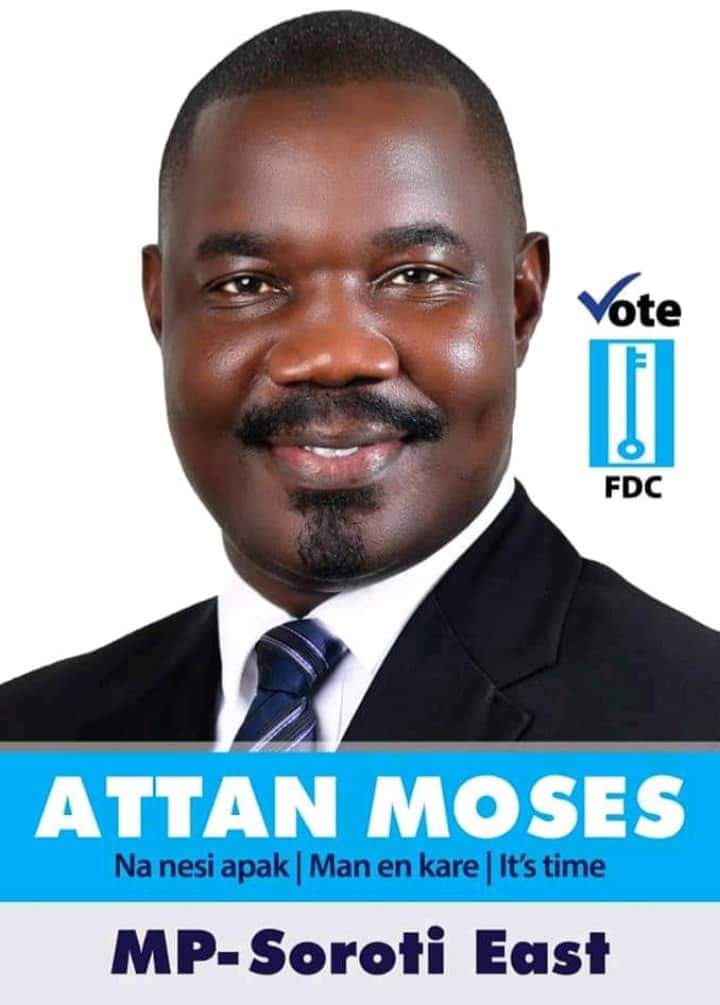 The opposition Forum for Democratic Change (FDC) has fully camped in Soroti East with all its senior officials and mobilizers as they lay strategies to defend their Soroti East MP seat that they had lost following a court ruling that ordered for fresh elections due to boundary confusions of constituencies.

FDC’s Hon Moses Attan Okia will have to face again his competitor in the 2021 polls Hon ARIKO Herbert Edmund who then stood as an independent but this time with more fire power and resources having crossed to the ruling National Resistance Movement – NRM .

Hon Attan however has also got a new power force behind him the National Unity Platform following a resolution as new party decided not to front a candidate in the by-election but rather fully support Attan in partial fulfillment of a United forces of change to totally destroy the NRM at whatever opportunity that comes by.

The temperatures keep rising as the two camps keep flocking Soroti with all their best mobilizers and top party officials.

On the NRM side, almost 90% of the cabinet Ministers and yellow MPs have camped in soroti to make sure that they deliver the good news and victory to their top boss Gen Yoweri Museveni.

As soon as campaigns kick off starting Wednesday this week, more big wigs from all parties are expected to go to Soroti to campaign for their respective candidates.

Security is beefed in the new city and sofar , there has been no reports of violence or security forces fighting with the excited crowds on both sides.