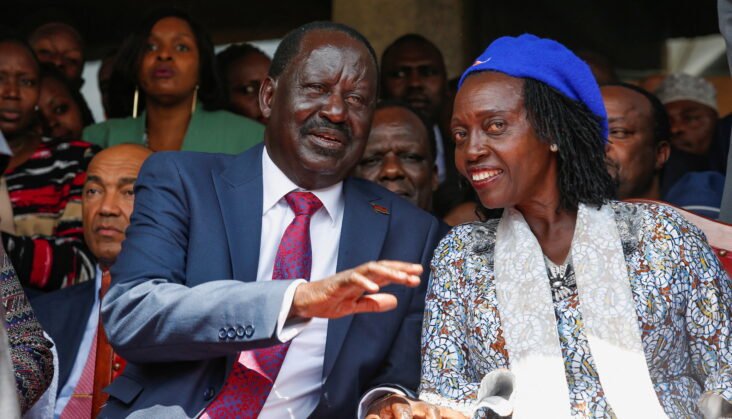 As Kenyan campaigns enter the last stretch with just about 20 days left to the D-day, Presidential Candidate Raila Odinga and his running mate Martha Karua are confident that they will be securing victory come Election Day.

Speaking before the press, Baba na Mama as they are famously known answered questions about their plans to tackle corruption

“I think the first step in tackling corruption is stating our intentions clearly, which we have done, matching our words with our actions, which will then convince the people that we’re serious about it and will inspire the people, in turn, to join the war against corruption,” said Karua

Asked about Odinga’s relationship with President Uhuru Kenyatta, Odinga said, “In the process, we met, and we discussed, and we agreed that the country was greater than both of us and that we can walk together to bring the country together and create peace so that the country can realize more development,”

With less than a month to the General Election, Kenya is hard-pressed to assure its neighbours of a free flow of goods on the Northern Corridor, with oil marketers preferring the port of Dar es Salaam for the importation of petroleum products and its economy is facing difficulties that were caused by the Covid-19 pandemic and the war in Ukraine.