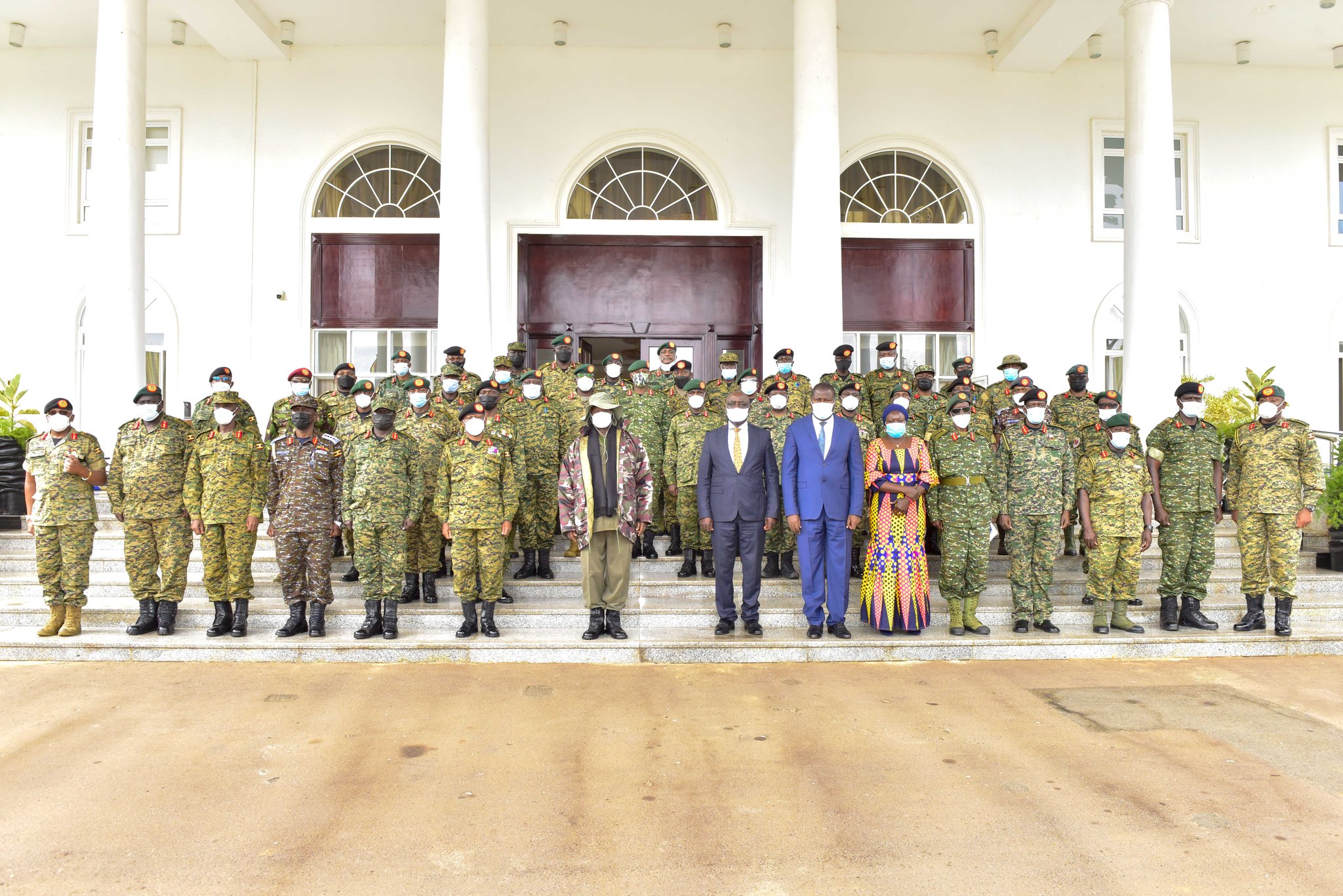 A Tuesday meeting summoned by the Commander in Chief of all armed forces Gen. Yoweri Kaguta Museveni at State House Entebbe, left attendants in shock.

The high profile security meeting was flanked by members of the UPDF High Command save for the Commander of Land Forces Lt. Gen. Muhoozi Kainerugaba, a son to the CIC. Many attendants were left in suspense after they noticed the absence of the CLF without any statement explaining why he had not showed up for the meeting.

The reason for Muhoozi’s exclusion from the meeting has not been revealed but speculations point at a possible fall out he has with his father, Museveni whom in June warned against misuse of social media platforms like Twitter to taint the image of the military.

“Social media is not bad in itself, but the issue is how it is used,” Museveni said in a June security meeting at State lodge, Ntungamo.

The first son has overtime been cautioned against misusing his Twitter handle, as his comments and debates do not depict an ambitious leader. He has been seen meddling in several regional, continental and global debates notably his statements on the Ethiopian-Tigrayan war and the ongoing Ukrainian-Russian rift.