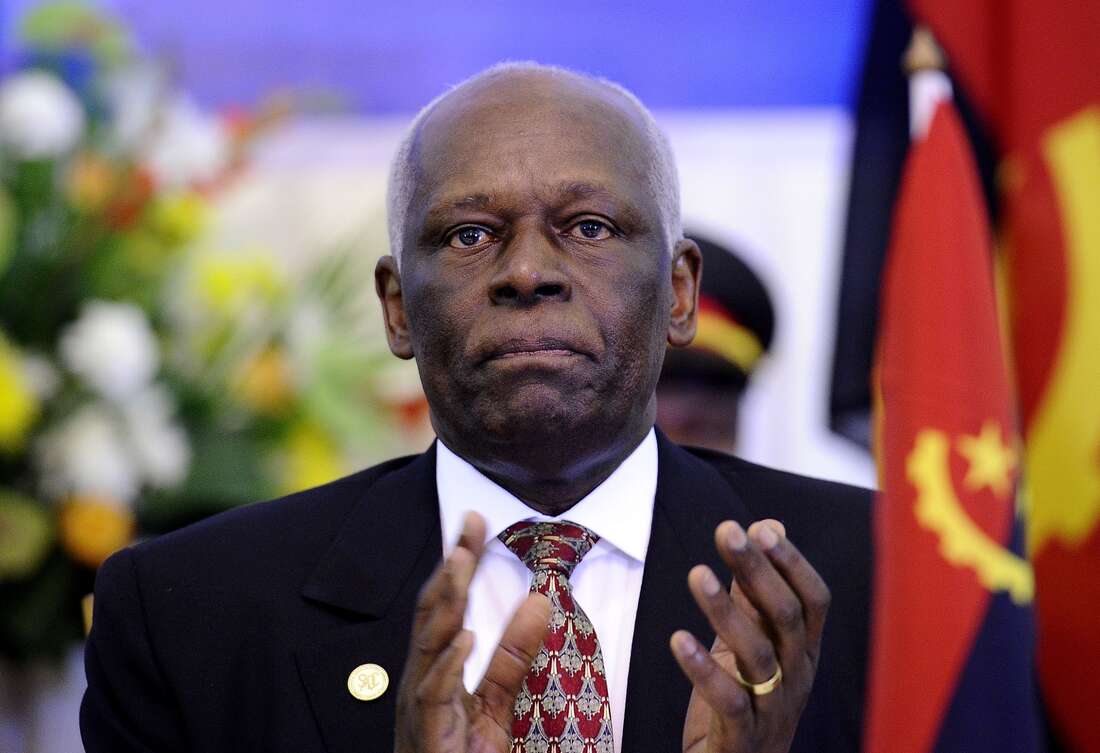 According to letter written by the Dos Santos children, Former Angolan president, José Eduardo dos Santos will be buried in the capital Luanda but only after the August 24 general election.

The children of Angola’s former president Jose Eduardo dos Santos reportedly demanded an end to criminal cases against them in order for them to allow their father to be buried in Angola. Current president, João Lourenço had previously ordered a government commission to arrange a state funeral for dos Santos in Luanda but the family dismissed that plan claiming their father wanted to be buried in Barcelona for undisclosed reasons.

“Whatever the result of the next elections, in the future, we, the family, together with the institutions and the elected president, will collaborate in the union of the nation and, with the necessary time, organize the conditions for the homage and the national funeral of the Father of the Nation, our father, José Eduardo dos Santos,” the letter read in part.

In the same letter, the family also thanked the people of Angola for their support and called for respect for the mourning, adding that they wanted a mausoleum to house their father’s remains.

According to Bloomberg, they also demanded an apology for the way their father was treated after being replaced in 2017 by his defense minister, Joao Lourenco.

While it remains unclear if the government will target members of dos Santos’ family after the burial as some of them have not been in the country after President Lourenço’s administration launched investigations into how they gained their wealth.

The letter, signed by dos Santos’ five children, ends a dispute between the former head of state’s family and the government over whether he should be buried in Angola or the Spanish city of Barcelona, where he had been living.

Jose Eduardo dos Santos was Angola’s former president, who ruled Africa’s second-biggest oil producer for nearly four decades. He died aged 79 on July 8 in the Barcelona clinic where he was hospitalized in June, more than five years after he left power in May 2017.

Dos Santos ruled Angola with an iron fist but his imprint did not survive his departure.