Kirumira’s father says Museveni lied to him on supporting orphans 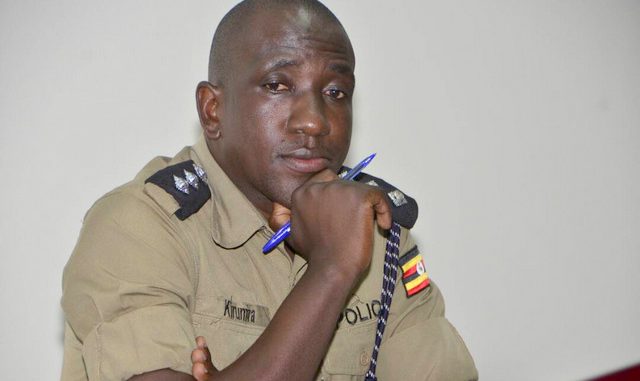 Hajj Abubaker Kawooya the father to the slain Assistant Superintendant of Police (ASP) Muhammad Kirumira has expressed concern over the way President Museveni has abandoned him despite pledging to support the orphans. He also adds that police have mistreated him in his quest to recover his son’s Saloon car (murder exhibit),  a Toyota corona model and pension which was promised to the family by the force.

Emotionally addressing media this morning in an interview, Hajj Kawooya said his efforts to recover the impounded vehicle of his late son have been suppressed by police which routinely tells him ‘they are still investigating’. It is now 4 years since the outspoken police commander was gunned down. At the time of Kirumira’s murder, it was exactly three months after the Arua Municipality MP, a decorated NRM diehard was gunned down near his residence in Kawanda.

SEE ALSO: One year later: Museveni is not burdened with knowing Kirumira’s secret

“When I go to Wakiso they tell me to go to Kampala CID headquarters and when I go to Kampala they tell me to go to Wakiso. I am an old man above the age of being tossed like a fool. I decided to late them be,” says Hajj. Kawooya. “I demanded for my son’s impounded vehicle but police told me it’s an exhibit in the investigations. I decided to ignore it. Even when I ask for my son’s pension to take care for his children, police does not answer me. I let them be. It’s upon them to be human and have mercy for my grandchildren,” he adds.

“I spoke with Museveni during the burial of my son. He pledged to be supportive to the children but unfortunately up to now nothing to that effect has been fulfilled,” he says.

However, state house deputy press secretary Faruk Kirunda says Hajj. Kawooya could have failed to reach out to the Presidential Press Secretary to make his case known to the president. “He has to meet the PPS if he wants assistance,” says Kirunda. “It’s the PPS who handles the president’s assignments,” he adds.