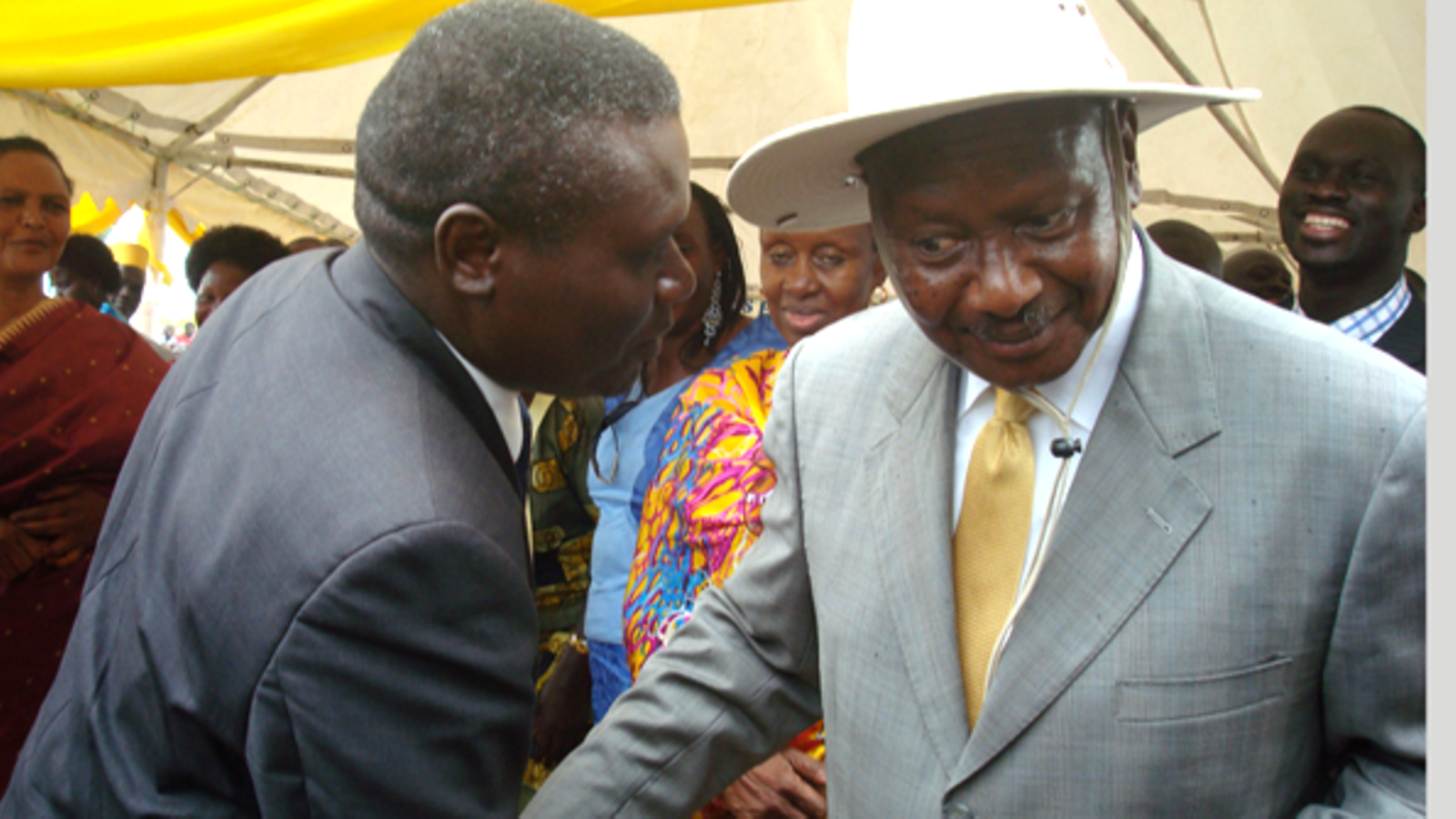 There is panic, tears ,curses, regrets and shame amongst the die hard members of the Democratic Party Uganda, a day after its president Nobert Mao decided to hand over the oldest party in Uganda’s politics to the commander of the National Resistance Army Gen Yoweri Kaguta Museveni on Wednesday.

Tired of the wait for Museveni’s donwfall, Hon. Mao in the evenings of his middle age in company of his secretary General Gerald Siranda put ink on paper signing a Memorandum of cooperation with Gen Museveni at State house, Nakasero. Mao had since his vibrant days as Makerere guild president contested the Museveni regime but in the old age he has opted to join the 36 year reign of the old man from Rwakitura.

Sources within state house have confirmed to this media that it was not a mere Memorandum of cooperation but an absolute hand over of power and authority to General Museveni to the oversee and dictate the affairs as well as the operations of the party. In one of the terms of the MoU, DP’s Mao is to he awarded a ministerial position in the looming cabinet reshuffe and his party secretary general Gerald Siranda must be given two terms at the East Africal Legislative Assembly.

It was also confirmed that money exchanged hands worth in millions of dollars and Mao is to be assigned special advisory duties for Museveni as the Ministerial appointment comes in. Some sources intimate that Mao is likely to he handed the vacant Ministry for Justice and Constitutional Affairs, given his background in the legal arena.

Former DP member who crossed to the National Unity Platform Hon. Nambooze Bakireke Betty has for long accused Mao for going to bed with the NRM. Yesterday using her Twitter handle, she said that for her she has for long known that Mao was planning to sell off the party to Gen Museveni because he is a treasure hunter and a pest whose aim was to destroy the party.

Mao has not yet come out to explain the real details of the cooperation with Gen Museveni as his known contacts are off.

According to some DP members, no party meeting and resolution was passed to give Mao the green light to enter an agreement of behalf of the party with any one.

Mao has for long been urging the opposition parties to first of all join the IPOD and also dialogue with Gen Museveni for the better of Uganda than using anti people techinics to oust Museveni out of power.